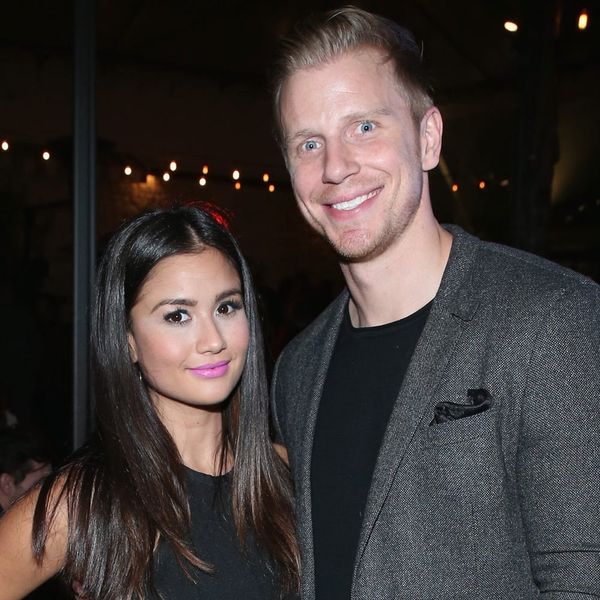 The Bachelor franchise is admittedly a little spotty when it comes to producing long-lasting relationships, with only eight couples still together from 21 seasons of TheBachelor and 13 seasons of TheBachelorette. Sean Lowe and Catherine Giudici, who got engaged on the Bachelor finale in 2013 and are now married and expecting their second child, are one of the success stories, and Lowe has a few ideas on how the show could make more couples work.

“If [the show] could clean up the social media aspect … if you were to contractually obligate these people to lay off for a year or so, I think it might produce better couples or contestants,” the season 17 vet told ET.

Contestants have been known to start drama and even potentially reveal spoilers for the show via Instagram, Twitter, and Snapchat, and Lowe says that it’s taking away from the purpose of the program. “I get the feeling people are going on it to get an Instagram following and make money any way they can, and I think that’s harmed the show,” he explained.

Despite this insight, the Lowes admitted that they didn’t exactly go into the show looking for marriage. “Neither one of us signed [ourselves] up,” Catherine told ET. “Sean’s sister signed him up [and] my best friend put my application online without me knowing. Neither one of us expected anything more than just a fun story and adventure. We had that but we got so much more.”

Do you like Christmas? How about babies? Cool. I like one of those too. Today, we’re kicking off Christmas with @wayfair. If you’re wondering where the items in our living room came from, click the link in our profile to shop the look. Also, Wayfair has launched a super cool “view in room” feature on their app where you can see exactly what our @homebyseanandcatherine furniture will look like in your house before buying. Merry Christmas! 🎄

And what about when the cameras stop rolling? Lowe admits that it’s tricky to navigate the new relationship off-screen, but if you’re committed to making it work, there are some ways to successfully transition the TV romance to true IRL love.

“First, you have to commit,” he told ET. “Especially coming off of a show like The Bachelor. You’re being pulled in 1,000 different directions and you have to make each other your number one priority.”

“It takes a lot of work,” he continued. “Surround yourself with good people, good couples you can look up to and ask advice from. It’s all about committing through good times or bad. Breaking up is never an option.”

Do you have a favorite Bachelor success story? Let us know @BritandCo!

(photo via Jonathan Leibson/Getty Images for WE tv)