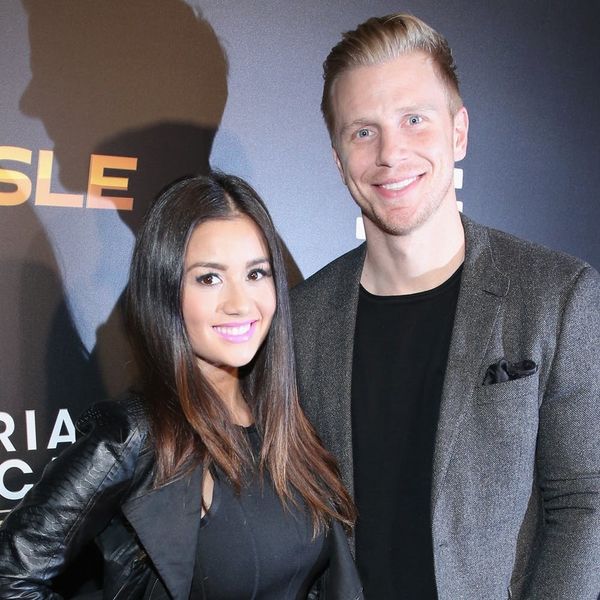 It was just last month that Bachelor alum Catherine (née Giudici) and Sean Lowe revealed that they were thinking about expanding their family of three with a thought-out plan to have babies that were two years apart. Considering that their first born, little Samuel, is currently 16-months-old, they were fully aware that they were “cutting it close!” Now, it looks like they might just make their goal after all, as the excited parents have just announced that they’re expecting baby number two!

First falling head-over-heels for each other on season 17 of The Bachelor, Lowe and Giudici were married in a televised wedding that took place in Santa Barbara, California, back in 2014. Though they admitted to Brit + Co that their life isn’t as perfect as it seems on social media back in June, their adorable updates are hard to resist, with another added dose on the horizon as three become four.

Case in point? The super sweet video clip Sean posted of what appears to be the moment the couple let Samuel in on the news that he would soon be a big brother.

“Hey Samuel, can you say baby?” Catherine asks as the little one, who seems to be snacking on Goldfish crackers, points to his mama’s belly and does his best to say the tell-tale word. Smiling and laughing, she confirms, echoing,“Baby!”

The 33-year-old dad-to-be also confirmed the news in his caption, saying, “It’s happening!”

The 31-year-old mommy posted her own heartwarming pic of the magical moment, as well, writing, “Baba numba two.” So… darn… cute!

Are you excited that Catherine and Sean Lowe are expecting their second baby? Let us know @BritandCo!

Desiree O
Desirée O is a ‘Professional Bohemian’ who loves anything and everything related to the arts, entertainment, and pop culture. She ADORES being a ‘Newsy’ for Brit + Co, covering all of the latest tidbits of awesomeness that you want to read about. When she’s not writing, she’s either making messy art, going on long adventurous walks with her camera, or poking around over at bohemianizm (http://www.bohemianizm.com/). You can find out about Desirée O and her work at http://DesireeO.com/ or follow her on Twitter @DesireeO.
Celebrities
Celebrity News
Celebrities Celebrity Baby the bachelor
More From Celebrity News