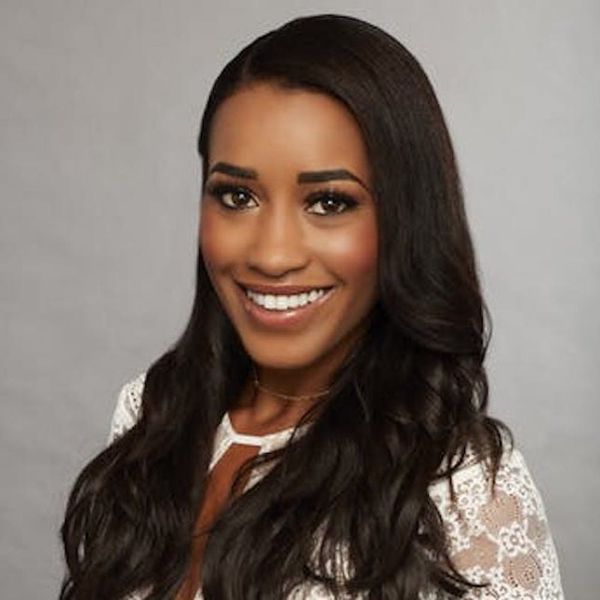 Bekah Martinez isn’t the only Bachelor contestant that thinks Arie Luyendek Jr. may be a little uncertain about his future! Seinne Fleming, who was eliminated from the show in week seven, is also sounding off about her former flame’s wavering ways, saying she could see his uncertainty on the show.

“I could tell throughout the process that he had a little bit of indecisiveness she told ET. “There were a few other things early on that that it seemed like he wasn’t sure… He gave Chelsea a rose for their one-on-one and then sent her home literally the next week… So I wasn’t surprised [with what he did in the end].”

While Fleming didn’t reveal what exactly that entailed, she did hint that she thought he might have stronger feelings for Lauren B. “The thing I noticed was interesting was that he told Lauren he loved her [before she told him]… It came from Arie first when it was directed to Lauren. Becca told Arie she loved him [before he reciprocated].”

Whoever he chose, we DO know it’s a decision the ladies of the house weren’t exactly pleased with thanks to last week’s Women Tell All special, with Caroline Lunney calling Luyendek Jr. out by saying, “I know what you did, and I don’t know how you could do that. I just really don’t understand. But I really hope you found what you were looking for. You don’t need to answer me, I just needed to say it.”

It’s also a decision the reality star says doesn’t think it will bode well for her ex. “I wouldn’t be surprised if things didn’t work out [between him and the woman he’s with now],” adding, “Especially now that he will have a lot more attention on him, I imagine it will be difficult.” Yikes!

What do you think of Sienne’s assessment? Share with us over @BritandCo.

Nicole Briese
Nicole is the weekend editor for Brit + Co who loves bringing you all the latest buzz. When she's not busy typing away into the wee hours, you can usually find her canoodling with her fur babies, rooting around in a bookstore, or rocking out at a concert of some sort (Guns N' Roses forever!). Check out all her latest musings and past work at nicolebjean.com.
Celebrities
Celebrity News
Celebrities the bachelor TV