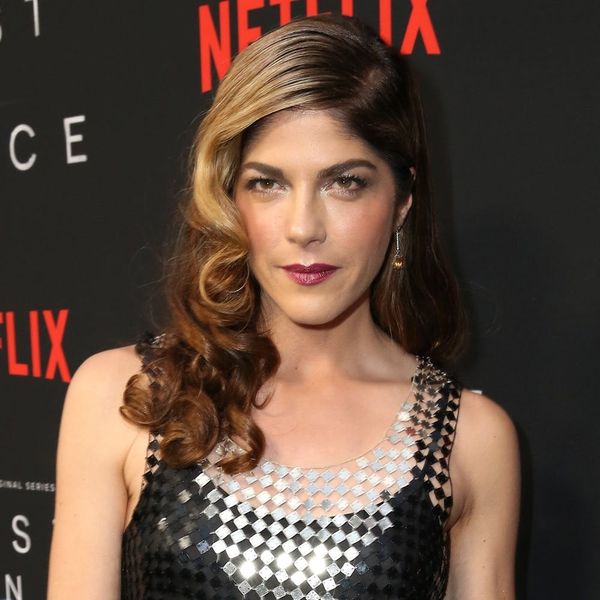 Selma Blair has been candid about struggles with alcoholism in the past, and now she’s opening up about her two years of sobriety with a note that’s equal parts reflective and thankful.

“Two years sober,” Blair captioned a photo of herself wearing a birthday hat and posing with a cake. “Two years feeling everything and nothing. Two years of extreme gratitude and humility and grace.”

The American Crime Story star, who turns 46 on Saturday, June 23, made headlines in 2016 when she was removed from a flight after a reported outburst on board. She was taken off the aircraft by stretcher en route to LA from Cancun, where she had been traveling with her then-4-year-old son, Arthur Saint Bleick, and his dad, fashion designer Jason Bleick. She responded to the incident with a public apology in Vanity Fair the next day.

“I made a big mistake yesterday,” she wrote. “After a lovely trip with my son and his dad, I mixed alcohol with medication, and that caused me to black out and led me to say and do things that I deeply regret. …I take this very seriously, and I apologize to all of the passengers and crew that I disturbed and am thankful to all of the people who helped me in the aftermath. I am a flawed human being who makes mistakes and am filled with shame over this incident. I am truly very sorry.”

As Blair now celebrates her sobriety, she has many more thanks for the people and influences currently in her life, too. “I thank the lord and my friends,” she wrote in her note on June 22. “Thank you for the most special birthday week @fran.anania#amypines#arthursaintbleick. I prayed for a miracle at my lowest points. I am a living miracle. Thank you. Thank you.”

What did you think of Selma Blair’s touching note? Let us know @BritandCo.