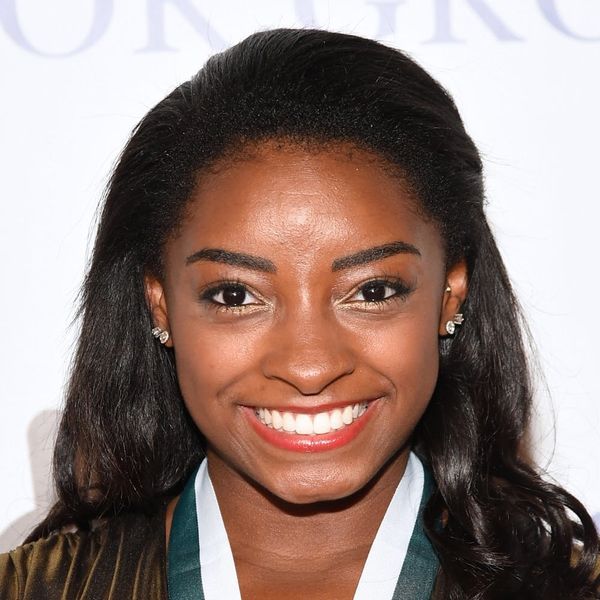 Since winning over the world’s hearts at the 2016 Summer Olympics, Simone Biles has kept plenty busy with TV appearances (you might have caught her on a little show called Dancing With the Stars), Olympics training, and a MAJOR #GirlBoss attitude. Now, the young athlete’s life is set to get the biopic movie treatment, and the first trailer is here to give you goosebumps.

On Saturday, February 3 at 8pm/7c, Lifetime will premiere The Simone Biles Story: Courage to Soar, based on her memoir, Courage to Soar: A Body in Motion, A Life in Balance ($17). The flick follows Biles, as played by Jeanté Godlock, from her time as a young girl in foster care through to her journey to the 2016 Olympic games, where she made history as the first US gymnast ever to win four Olympic gold medals.

In the clip, we see a doubtful Biles saying, “I’m not as good as the other girls” before getting a pep talk from an elder woman (presumably her maternal grandmother, who adopted and raised her), who tells her, “If you want something bad enough, you will find a way.”

Find a way she did: As the story goes, the young girl taught herself to do backflips off the mailbox as a young girl in Texas when a chance drop-in at a local gymnastics class set the gifted six-year-old athlete’s career in motion.

From there, the trailer sees Biles, 20, who acted as an executive producer on the film, take on obstacles to begin her rise to fame.

Check out the first sneak peek at the biopic above, and prepare to be inspired — the perfect way to kick off a new year, no?

Will you watch the Simone Biles biopic? Let us know @BritandCo!