Simone Biles Had the BEST Response to Being Told to Smile 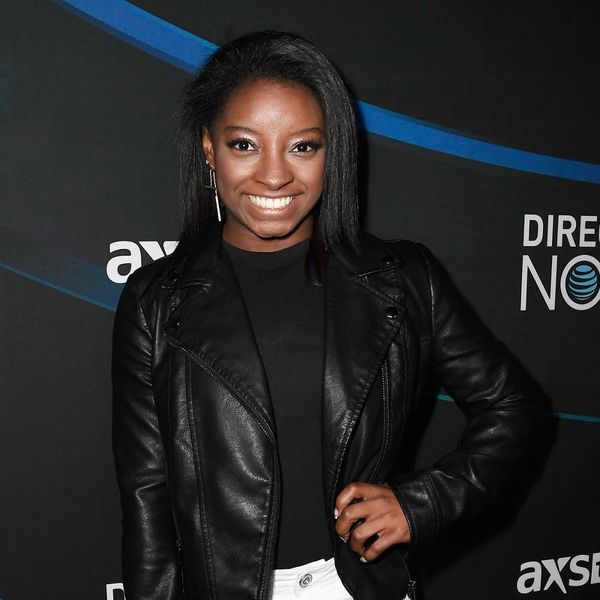 Simone Biles just keeps proving how inspirational she really is. She’s a history-making Olympian, loyal #girlsquad member, and worthy Dancing With the Stars competitor, and we can’t get enough of her. However, even this absolute boss still has to deal with people telling her to smile, and while the always-annoying sitch might fluster some of us, Biles’ response could not have been more perfect.

Being at the critical mercy of judges is nothing new to the 20-year-old world-class athlete, but on Monday night’s episode of DWTS, she apparently wasn’t in the mood to take the critique quietly. When Carrie Ann Inaba commented that Biles should avoid dancing “like a metronome” (ouch!), she also added, “I was waiting for you to smile at some of the compliments. You didn’t.”

Like every other woman who groans internally when told to smile, Simone’s feelings were already pretty darn obvious by her expression, but she absolutely nailed her response with, “Smiling doesn’t win you gold medals.”

And we’re not the only ones who absolutely loved it…

"smiling doesn't win you gold medals" is likely going to be my life motto from here on out, yas @Simone_Biles yas 💯💯💯

What do you think about Simone Biles’ response to being told to smile? Let us know @BritandCo!