How Singing in the Car Gives Your Brain an Amazing Boost 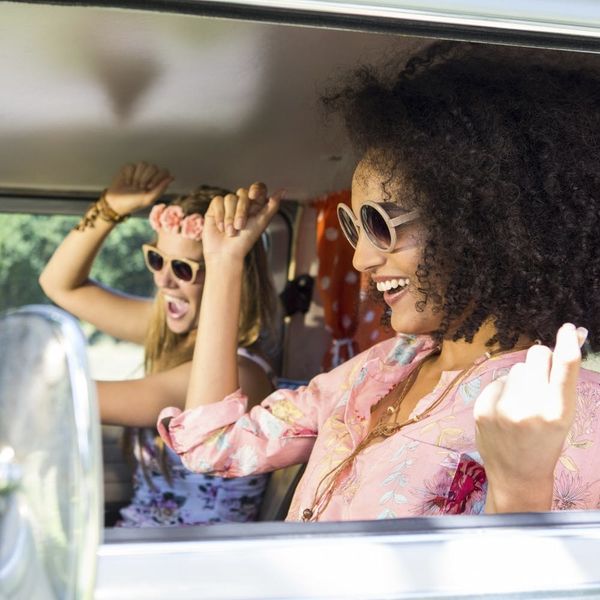 There are tons of ways to keep your brain powered up, including morning routine activities and even a button that will help you summon the most focused and productive version of yourself. The coolest one we’ve come across lately? Singing. To get the scoop on how making music totally translates into a workout for your brain, we talked with Nadine Levitt, the founder of Wurrly, who’s ALSO a professional opera singer. Scroll on to learn how you can use singing to get a brain boost whenever you need one. Awesome, right?

HOW SINGING AFFECTS YOUR BRAIN

Nadine says, “Singing engages the brain! If you were to get your brain scanned, here’s what it’d look like: When you speak, the center of your brain lights up (indicating it’s engaged), when you listen to music, the right side of your brain lights up (give or take, depending on the emotional recall connected with the song), but when you sing, your entire brain is active.” To show its powers, she listed four key benefits.

THE IMPORTANT BENEFITS OF SINGING

It might seem like nothing’s happening when you’re singing at the top of your lungs in the car with friends or in the shower at home, but Nadine swears that you’re reaping some unreal benefits by using your pipes. “Singing builds and strengthens the connection between brain cells, strengthens emotional recall and the ability to differentiate sounds and inflection, and the release of endorphins (“feel good” hormone) and oxytocin (“stress relief” hormone) means you also have a happier disposition as a whole.” Now that you mention it, all of these singing scenarios do leave us feeling pretty darn happy!

Even more great news: It totally doesn’t matter what kind of singing you do, though Nadine tells us that the type of music you choose can have a different emotional significance on the brain. “For Alzheimer’s patients,” she says, “there are specific playlists that neuroscientists like Linda Maguire swear by. The same goes for children with autism.” She also reminded us that singing in groups has long been touted as super beneficial, as it connects people AND encourages emotional bonding and a sense of community.

HOW MUCH SINGING YOU NEED

When we asked Nadine how much we need to sing for a brain boost, she told us a short daily session (think: car ride) should do the trick, and that even singing once or twice a week is beneficial too. “The positive effects that singing has on the brain happen instantly,” she says.

Can’t get on board with the sound of your own voice? Though it’s not *exactly* the same, she told us that playing an instrument is a great endorphin boost and focus tactic too — especially if your instrument makes it possible to hum along as you play.

Does singing make you feel happier or more alert? Tweet us the deets @BritandCo!

Krista Gray
Krista Gray is a web producer and freelance writer who lives in San Francisco. When she's not working with clients through her company GoldSquare, she loves reading, traveling, and learning new things.
Health
More From Health