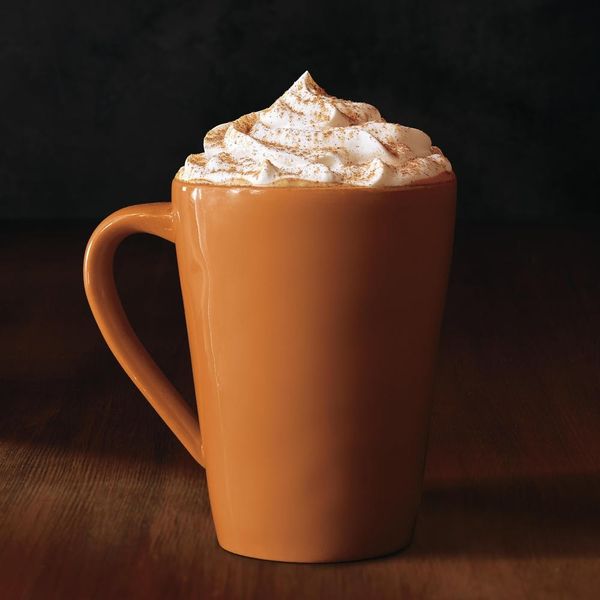 It’s FINALLY here! Pumpkin Spice season is upon us, which means it’s time to get your hands on all things PSL (yes, even deodorant!) and celebrate with your very first latte of the season… or is it? It’s that very question that’s causing some massive confusion around the rollout of the highly anticipated beverage, causing pumpkin lovers around the country a MASSIVE headache.

Wednesday, the Seattle-based chain retweeted an announcement which proclaimed that the tasty beverage would be available on September 1.

Its own livestream footage Friday morning seemed to confirm the date, showcasing a pumpkin set up in a little barn (complete with its own cuckoo clock!), telling fans, “For the first time ever seen by humans!! The magical arrival of the Pumpkin Spice Latte!! Don’t miss a moment!!”

As of Friday, September 1, some folks happily began posting their first PSLs of the season to Instagram as promised, with certain store locations putting up signs to announce the drink’s arrival. Other customers, however, were met with a slightly different response from employees. While we had no problems, a Business Insider reporter who tried to order the drink in NYC was initially told it was too early. After pointing out “a sign that said the PSL launched on September 1,” the store manager told her she could indeed have one. Not the smoothest transaction, to say the least.

She wasn’t alone: Many diehard fans were turned away by their local baristas who told them to return on Tuesday, September 5. Wait, what?!

when the barista won't make you a PSL until September 5 even though you KNOW they already have the sauce back there pic.twitter.com/vPmzdK5Z7A

Feeling lied to because @Starbucks told me #PSL was out today but turns out it's not available til Tuesday??? 🤔🤔🤔

@Starbucks Went to Starbucks and was told no #PSL till Sept 5!! Not happy 😡😡😡

With no official word from Starbucks according to Forbes, it looks like some folks may be SOL for the next few days, despite the fact that Patrick Johnson’s brand new Pumpkin Spice Latte tracker has officially declared the beverage in season.

In the meantime, we’ve also reached out to a Starbucks rep and will update should we receive a timely response.

Have you had your first PSL of the season? Tweet us @BritandCo.

Barbara Pavone
Barbara Pavone is a pop culture-obsessed writer based in beautiful (but ridiculously cold) Montreal, Canada. When she's not working, she's sipping on a Pimm's Cup and daydreaming about her celebrity hero, Saint West.
Coffee
Food News
Coffee Pumpkin Starbucks
The Conversation