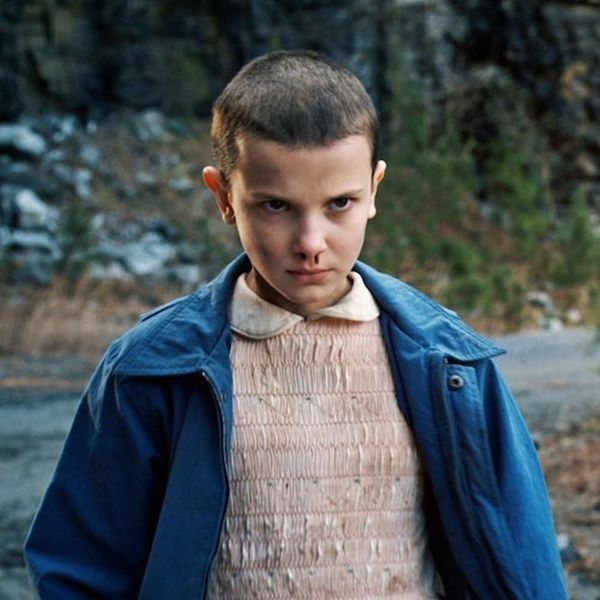 We were super stoked to hear that everyone’s new favorite Netflix show, Stranger Things, is more than likely making a comeback with some pretty killer plots lined up for season two. There’s just one problem: We’re not sure we can wait that long.

With Netflix taking its sweet, sweet time to officially confirm the renewal of the series, it could be a while before we see Eleven, Will and the rest of the squad back in action. Though we’ll have a soundtrack to tide us over, we need MORE, we say, MORE!

It seems our prayers have all been answered, as there’s now a Stranger Things game, to boot!

Infamous Quest has designed a “one-room, point-and-click adventure game” that has us feeling serious bouts of nostalgia: sixth grade computer class, anyone?

The dated style is part of an overarching ‘80s theme the series has resurrected, and for good reason — “I grew up in the ‘80s,” game developer Steven Alexander explains to Wired.

The objective is simple enough: Find Will Byers. Acting as police Chief Hopper, you can talk to select characters (like science teacher Mr. Clarke) and click on objects in the woods to get clues to solve your case.

Though it’s not a full-scale production or an official collaboration, Steven isn’t counting the possibility out. “I’d love to be able to chat with [the Duffer brothers] about the possibilities,” he told the site. In fact, he said he already has a mockup for a larger game, one where more player choices would be available and their stories would come together as one. (Yaaaasss!)

For now, there’s the demo, and a few small tips: Bustle recommends offering Mr. Clarke a cigarette and sticking around to watch the credits roll.

Nicole Briese
Nicole is the weekend editor for Brit + Co who loves bringing you all the latest buzz. When she's not busy typing away into the wee hours, you can usually find her canoodling with her fur babies, rooting around in a bookstore, or rocking out at a concert of some sort (Guns N' Roses forever!). Check out all her latest musings and past work at nicolebjean.com.
Games
Pop Culture
Games Netflix
More From Pop Culture