These 8 Nintendo NES Games Are Your Childhood in a Nutshell 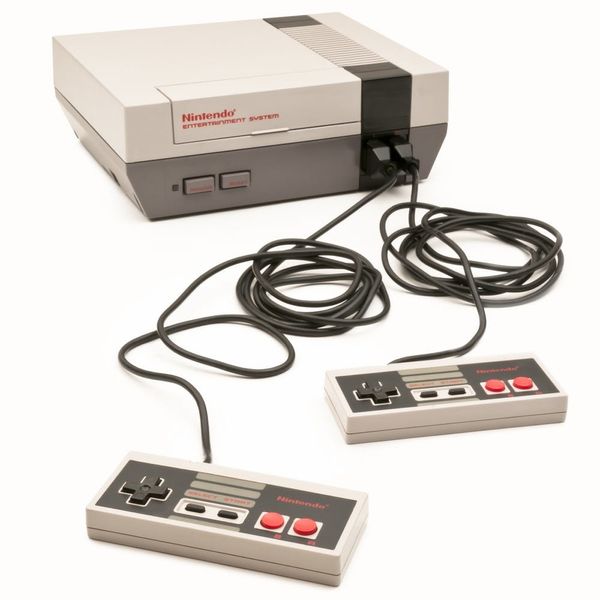 The powers that be have been giving us nostalgic gift after nostalgic gift as of late: From our favorite Bath and Body Works ‘90s scents to the Lisa Frank coloring book, our inner adolescents are LIVING for this late ‘80s/early ‘90s revival. Which is why we couldn’t possibly be more excited about the return of Nintendo NES. Though the new machine will only be a mini version of the original, the promise of 30 games straight outta’ our childhood is more than enough to get us geeked.

So geeked, in fact, we just had to take a trip down memory lane to recall some of our favorite games of yore — check out which Nintendo Entertainment System games we’d most like to play again, given the chance!

1. Super Mario Bros. 3: There was no game we spent more time attempting to defeat in the ‘90s than Super Mario 3. The most evolved of the game trilogy, the graphics were clearer (okay, so they were no Nintendo 64, but bear with us here — it was the ‘90s), the worlds were cooler (Egypt!) and its secrets and tricks seemed infinite. Forget jumping around in sewers — this Mario could FLY (well… sort of. In short bursts, with a raccoon tail, but still). What could be cooler? (Photo via Nintendo)

2. Super Mario Bros. 2: Super Mario Bros. 2 had one MAJOR distinguishing factor setting it apart from its first version, and it was enough to make us green with envy over the fact that our friends had it when we didn’t: Princess. Peach. Previously the damsel in distress, Mario’s number one lady love (along with Toad) were added to the game’s lineup of heroes, and our tiny little minds were absolutely blown. It certainly didn’t hurt that she could totally jump the farthest — take that, boys! (Photo via Maxirene)

3. Barbie: With so many action hero games for NES (we’re looking at you, Contra), it was nice to have an option for the girlier girls among us. While Barbie still had to kick the butt of a few bad guys (er — things —there was a lot of flying food to outsmart, as we recall), she also got to shop for a gown and accessories for a hot date with Ken. A game modeled after our own lives? Be still our little hearts. (Photo via NESguide.com)

4. The Legend of Zelda: Though we didn’t REALLY get into Zelda until the Super Nintendo era, we have to pay homage to the game that started a lifelong love with all things Link, Zelda and Hyrule (oh, and rupees — did we mention rupees?). After all, much of the game’s core remained the same from its inception, from the legendary background music to the fire-spitting water monsters and dark “boss” dungeons. Zelda forever! (Photo via NESguide.com)

5. Duck Hunt: While we wouldn’t be caught dead poaching a harmless animal IRL, we’ve gotta admit, the virtual version of hunting in our youth was actually kinda’ fun. Armed with a controller gun and a vendetta (that pesky laughing dog STILL haunts our dreams), no duck was safe. (Photo via World of Longplays)

6. Tom & Jerry (and Tuffy): Like Barbie, this one stuck out in our memory as being unique, with Jerry traveling through multiple rooms of a house to get to the attic where that dastardly Tom cat has hidden his nephew, Tuffy. Armed with bubblegum, meat cleavers, hammers and the like to get past the bevy of pests blocking his path (ewwwww, spiders!), Jerry is also known to collect a cheesy snack or two on the way (hey, a little nibble never hurt anybody, right?). Alas, with no plans to reintroduce this guy for Nintendo mini, this game is one that’ll have to live on in our memories. (Photo via AtheneEM)

7. Tetris: Though quite possibly one of the simplest Nintendo games ever made, we owe Tetris a lot — namely the development of our motor skills. You had to be quick if you wanted to get those fast-falling blocks into the right slot without messing up your flow! It was also a nice distraction from the world outside, something we can relate to all too well nowadays. Though Tetris didn’t make the cut for the 30 game re-release, its Mario-themed version of sorts, Dr. Mario, DID. Eee! (Photo via World of Longplay)

8. Ms. PacMan: Like Tetris, Ms. Pac Man wasn’t the most groundbreaking game in the world, but it brought our favorite Pinball classic to life — and with a BOW, no less. The premise is easy enough — eat gold pellets while avoiding those irksome ghosts — but four maze worlds helped to add some variety, while the high score always beckoned for a takedown. It’s Mr. PacMan you’ll have to revisit on the mini console, but we’ll always remember his female counterpart fondly. (Photo via ruusterinpoika)

Nicole Briese
Nicole is the weekend editor for Brit + Co who loves bringing you all the latest buzz. When she's not busy typing away into the wee hours, you can usually find her canoodling with her fur babies, rooting around in a bookstore, or rocking out at a concert of some sort (Guns N' Roses forever!). Check out all her latest musings and past work at nicolebjean.com.
90s
Pop Culture
90s Games Nostalgia Posts that contain video
More From Pop Culture