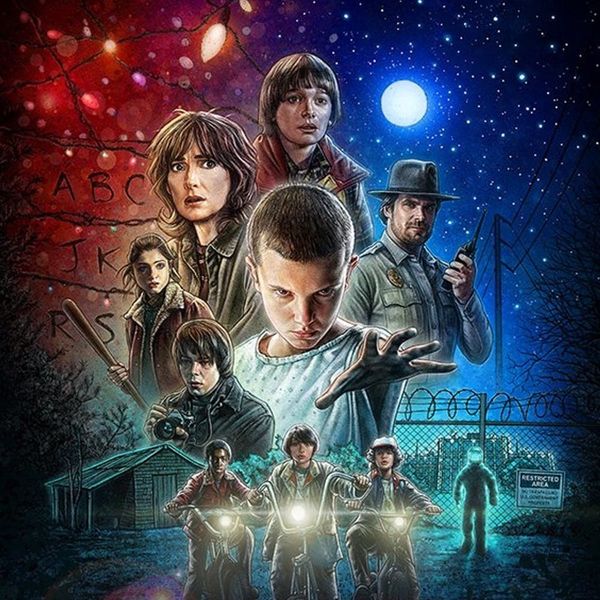 If you flew through Netflix’s Stranger Things as quickly as we did (so long, eight hours), you’re likely chomping at the bit to find out what happened upon Will’s return home. While season two has yet to be officially confirmed (though a soundtrack HAS been), the show’s creators and executive producers, Matt and Ross Duffer, eased the wait a little bit by offering up some insight into the hypothetical next installment of the show and the fate of its characters (who are giving us serious #squadgoals) in a interview with IGN.

He spoke of characters like the beloved Barb, who met her demise far too soon at the hands of the evil Demigorgon. With fans the world over mourning her loss, Matt filled us all in on her fate. While he said he couldn’t see Barb making a comeback from the Upside Down (*tear*), Matt assured viewers that “Barb will not be forgotten.”

Addressing the concerns of those who felt that Barb didn’t get her fair shake post-mortem, he went on to say that season two would see her acknowledged and properly remembered. “Season one actually takes place over the course of six or seven days — it’s a really short period of time,” Matt explained. “So part of what we want to do with hypothetical season two is to explore the repercussions of everything that happened… It’s not like her parents are like, ‘Oh, Barb left. She died!’”

One character that HASN’T met their ultimate end is likely doctor Matthew Modine, AKA Eleven’s “Papa.” “As an audience member watching the show, if that was his death, that would be very unsatisfying to me,” Matt said. “He would deserve much more than that as an ending.”

Eleven herself may also see a return, as the show has several dimensions to play with and her whereabouts aren’t exactly known. “What did James Cameron say?” Ross joked. ‘No one’s ever dead in sci-fi.”

As for the rest of the living characters, Matt told IGN in a separate interview that they would likely all be skipping a year. “They’ll be a year older and all the changes they’re going through, we’ll take that into account and kind of work that into the show,” he said.

But wait… do all these musings mean that season two is a sure thing? “There’s definitely a lot of dangling threads at the end,” Matt said at a recent TCA summer panel. “If people wanted it and Netflix wanted it, we could explore it and continue the storyline.”

Are you eagerly awaiting season two? Let us know over @BritandCo!