Study Says What You Eat Can Make You More Attractive 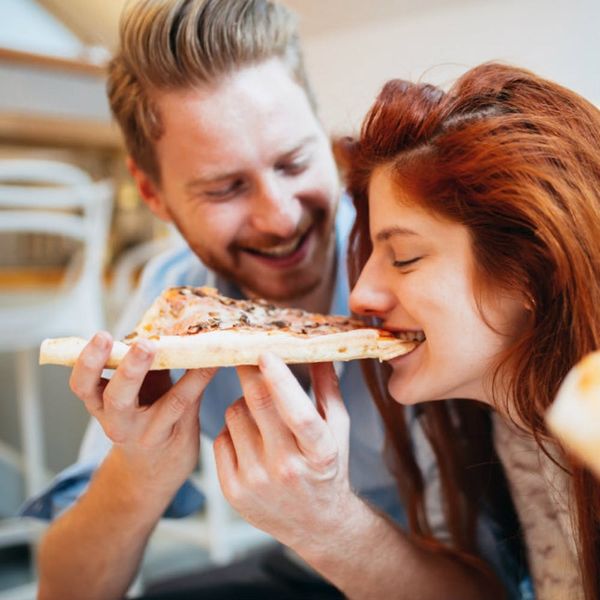 We’ve all got our dealbreakers when it comes to dating. Some people can’t handle a messy partner and others might not settle for anything other than someone from a particular geographical area — especially if they’re from these attractive cities. There are plenty of things you think about when making a dating decision, but have you ever considered the way a potential S.O. smells? If you’re not sold on the Smell Dating matchmaking service yet (we’re not kidding; it’s a real thing), a new study by researchers at Macquarie University in Australia might change your mind.

The study focused on 43 men who were asked to wear a plain cotton t-shirt under their regular clothing for 24 hours. To ensure that the tee captured their natural scent, researchers asked the men to avoid smelly foods and scented products and made sure they took part in at least one hour of exercise. Additionally, the men gave the researchers tons of information regarding the foods they consume.

Then came the fun part (or semi-gross and smelly part, depending on how you look at it): Women were asked to smell the shirts and rank them by attractiveness, strength and health. From their rankings, the researchers were able to distinguish three main categories of scent: animal/floral, fishy and chemical.

Men who ate more veggies, fruit and oils tended to omit a flowery smell, which was preferred by women. Women were also attracted to men who ate lots of meat, eggs and tofu. But some of our fave foods, like pasta and bread (basically all the carbs) didn’t translate into a sexy smell. Researchers think that men’s body odor works as a signal to women about how healthy they are. So you don’t actually have to broadcast your love of kale to let people know you’re healthy.

The study also measured diet’s affect on skin color and found that men who ate more fruits and veggies had skin that appeared more yellow, which was found more attractive by women.

Bottom line? If the cutie across the table orders a fruit-filled salad on your next date, they might just be a winner — or at least healthy.

How does smell affect your attraction to people? Let us know @BritandCo!

Gabrielle Gresge
Gabrielle Gresge is a Chicago native and journalism student at the University of Missouri. While not chasing deadlines, she enjoys giving campus tours, exploring her new home, and missing her old one. She loves to write about these experiences in her own handwriting at gabriellegresge.wordpress.com.
Dating
Relationships
Dating Healthy Living love science study