7 Cool Facts You Never Knew About the Pill 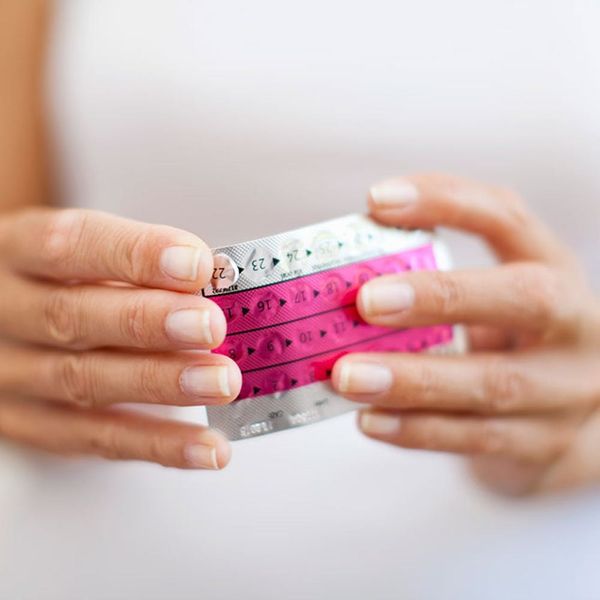 Over the 60 years since it was first brought to the American public, the Pill has joined Madonna, Prince, and Beyoncé in becoming famous enough to be known by a single name. It refers to a pill that combines synthetic versions of the hormones estrogen and progestin, which stop you from ovulating every month. According to the CDC, it remains the most popular form of birth control among females aged 15 to 44. With women’s reproductive rights under scrutiny once again, we’re taking a closer look at the Pill. Here are seven facts about it you may not know.

1. It was funded by a wealthy heiress. Katharine McCormick was born in 1875 to a wealthy Chicago family with unusually liberal parents. Her mother was an advocate for women’s rights, and her father was a lawyer who had been actively involved in the anti-slavery movement. He encouraged his daughter to work hard at school, and in 1904 she earned a bachelor’s degree in biology from the Massachusetts Institute of Technology (better known as MIT). McCormick followed in her family’s activist footsteps; she campaigned for women’s right to vote and believed that the ability to control your own body was equally as crucial. In 1917, she met birth control activist Margaret Sanger, and 30 years later, when her husband died and left her a $15 million fortune, McCormick used it to fund the development of the Pill, applying her knowledge as a biologist to closely follow its progress. While Sanger and the scientists who developed it received worldwide attention, sadly McCormick’s efforts have been largely forgotten.

2. It was originally sold as a way to manage irregular periods. The FDA approved the Pill for sale in America in 1957 as a treatment for severe menstrual disorders. Called Enovid, it contained 10 mg of progesterone and 0.15 mg of estrogen (a much higher dosage than variants today), and was sold by pharmaceutical company G.D. Searle and Company. They were skeptical about what the response would be, as they questioned whether healthy women would want to take a pill that would prevent pregnancy. However, in the first two years of the drug’s availability, more than 500,000 women had gotten a prescription. Searle saw the potential for its use as a contraceptive, and by 1960 they’d succeeded in bringing it to market specifically for that purpose. By 1965, over five million women were using the Pill.

3. The progesterone originally came from a surprising source. In 1942 progesterone was being used to treat menopause and to help prevent miscarriages, but scientists had yet to find a cheap source that could help them further their experiments. Then Russell Marker, a researcher from Penn State, discovered a Mexican yam that contained a large amount of progesterone. Now that they had a ready supply, scientists were able to do the experiments that led to the Pill. These days, the hormones in our pills are actually synthetic, since natural progesterone and estrogen break down too quickly.

4. The built-in period isn’t necessary. In a traditional pack of birth control pills, you take one active pill containing estrogen and progestin (a synthetic version of progesterone) every day for three weeks, and then one inactive or placebo pill every day for a week, during which time you have what’s called withdrawal bleeding (basically a lighter period). But that bleeding isn’t medically necessary; it was added in by scientist John Rock, who worked on the development of the Pill and who was a devout Catholic, to make it seem more palatable and “natural” to the Church. It ultimately didn’t work, though: In 1968, Pope Paul VI declared a ban on any form of artificial contraception. But the bleeding week remains to this day.

5. Bra sizes increased. That high dosage of estrogen in the original Enovid pills had a surprising effect: Manufacturers of bras noticed that more women were buying larger sizes. From 1960 to 1969, sales of C cups went up by 50 percent! Now that we have a much lower dosage, the impact is less noticeable.

6. It might change your taste in a partner. It’s not just your periods that change when you’re on the Pill. A study asked a group of heterosexual women to sniff sweaty T-shirts that had been worn for two nights by various men, who were either genetically similar or dissimilar to the women, and then rate how attractive they found each man’s scent. The researchers then divided the women into one group that would remain off the Pill, and another group that voluntarily started taking the Pill. At a second shirt-smelling session, about three months later, they noted that women who were now taking birth control rated the scent of men who were genetically dissimilar to themselves lower than they had before. The authors concluded that going on the Pill had potentially changed the women’s preferences regarding what made for a desirable partner.

7. It’s multi-talented. The Pill has been prescribed to treat a variety of conditions, including acne, polycystic ovarian syndrome (PCOS), and hormonal migraines. It can also help control endometriosis and prevent heavy periods, since it reduces the thickness of the uterine lining, which is what makes up your period. A wonder drug indeed!

Did the Pill change your life? Tell us all about it @BritandCo.