The Cause of Polycystic Ovary Syndrome Has Finally Been Discovered 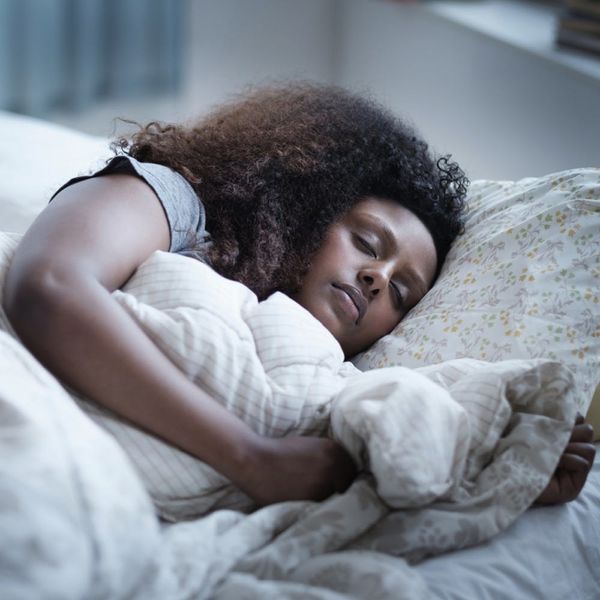 For many women struggling with infertility, the cause is polycystic ovary syndrome (commonly known as PCOS). Between five and 10 percent of women of childbearing age suffer from the endocrine disorder, and three-quarters of these women struggle to conceive. Now, after decades of mystery, scientists believe they have discovered the cause of polycystic ovary syndrome — and may have a solution for women trying to get pregnant.

According to the New Scientist, researchers at the French National Institute of Health and Medical Research have found that exposure to a hormone in the womb may cause the disorder. This hormone, called anti-Müllerian, is also the cause of heart disease in women and is found in far higher levels in pregnant women who also have PCOS.

The researchers started from the general understanding that PCOS is hereditary. With this knowledge, they looked at the differentiating factors in successful pregnancies in PCOS sufferers and spotted higher levels of the anti-Müllerian hormone than what is typical among women without PCOS. To test their theory, they then injected pregnant mice with the hormone and studied the effect on their offspring. What they found was the anti-Müllerian triggered an excess of testosterone in female mice, which led to symptoms of PCOS. With their discovery, researchers may have also found a cure for PCOS in a commonly prescribed hormone treatment.

Cetrorelix is a common drug used for women during in-vitro fertilization, and when the researchers injected it into the mice specifically suffering from PCOS, the disease seemed to disappear. The team hopes to use it in clinical trials on humans later in 2018.

For those who suffer from PCOS related infertility, many do eventually get pregnant in their late 30s and early 40s, which could be because of the depletion of the anti-Müllerian hormone alongside other hormones that decrease with age. People who suffer from the disease often complain of weight gain, which can lead to type two diabetes later in life.

Kat Armstrong
Kat has been a writer, social media maven and mom for longer than she's willing to admit. She's also spent time in front of and behind the camera, interviewing celebs, politicians and acting as a producer for fashion and artistic photography shoots. When she isn't writing for various orgs and publications, she's hanging with her kids, husband and French Bulldog, Peter, in Toronto, Canada.
Taking Care
Womens Health
Taking Care Womens Health
More From Womens Health