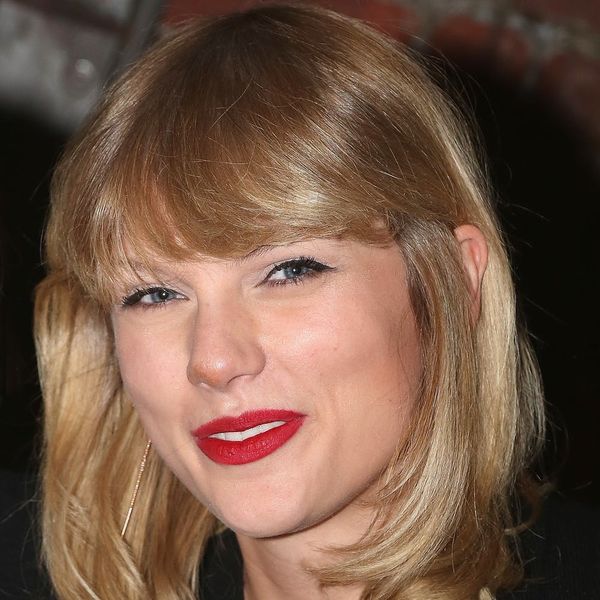 Now that Dakota Johnson and Jamie Dornan have officially crushed our hopes and dreams that they’ll be having an uber-romantic Valentine’s Day (kidding… kind of), the movie’s soundtrack performers, Taylor Swift and Zayn Malik, have given us a sneak peek at what *really* went on behind the scenes of their own sexy video shoot.

As it turns out, things weren’t quitttteee as steamy as they seemed on set, either. In fact, they were a little… exhausting.

“It’s earlier than I even care to say,” Taylor tells fans. “…and I’m first,” she laments. “Because clearly, I don’t demand late enough call times… ’cause Zayn’s asleep. Somewhere, in London, I imagine… under some kind of silk duvet.”

Dannnng! Did Taylor jut throw Zayn under the bus? Only in good fun, which was evident by the fact that she had nothing but good things to say about her bestie’s man over on her Instagram page. “I think he’s really special and wonderful,” she says. “It’s amazing when you get to work with people you hang out with,” she says, “because, the question of ‘will we get along’ is already answered, like, ‘yeah, we’ll get along, it’s Zayn, we hang out, it’s fine.’” (Hey, given how her 2016 shook out, we don’t blame her for being cautious!)

Eventually, Zayn does show up, and as Taylor had previously shared over on her Instagram page, it was a lucky thing, because the shot of them in the same room just so happens to be her favorite.

Oh. And did we mention they got to have their first shots of Jameson together to celebrate?

How do you feel about their finished video product? Sound off over @BritandCo.

Nicole Briese
Nicole is the weekend editor for Brit + Co who loves bringing you all the latest buzz. When she's not busy typing away into the wee hours, you can usually find her canoodling with her fur babies, rooting around in a bookstore, or rocking out at a concert of some sort (Guns N' Roses forever!). Check out all her latest musings and past work at nicolebjean.com.
Music
Celebrity News
Music Taylor Swift