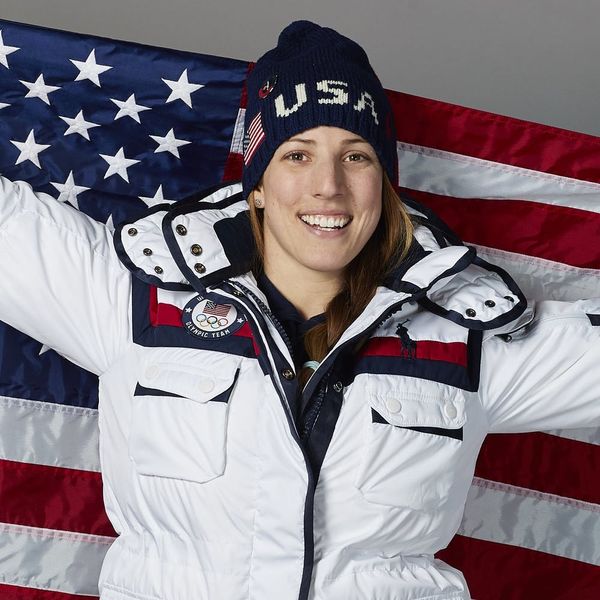 We have our eyes on these 15 Team USA athletes at the 2018 PyeongChang Winter Olympics, but they’re certainly not the only ones to watch. Friday’s Opening Ceremony will spotlight a different Team USA competitor, Erin Hamlin, who has been chosen as the United States’ flag bearer. Here’s everything you need to know about the world-class athlete.

Hamlin, 31, is one of the best of the best when it comes to the luge. A four-time Olympian, she also became the first American to win an Olympic singles luge medal when she took home the bronze at the 2014 Winter Games in Sochi, which CBS News called “a feat that will surely go down as perhaps the greatest moment in USA luge history.”

She also happens to be the first US woman to win a world championship in luge. Go, Erin, go!

Set to possibly take a place on the podium once again in Korea, Hamlin is an inspired choice to carry the flag for Team USA at this year’s opening ceremony. When asked by NBC how it felt to be chosen by her peers for the once-in-a-lifetime experience, she admitted, “It was a pretty big shock, but it is an honor and a privilege to be recognized by all of Team USA.”

The Opening Ceremony of the XXIII Olympic Winter Games in PyeongChang will be streamed live through NBCOlympics.com at 6am ET, with a primetime broadcast on NBC at 8pm ET/5pm PT. Hamlin will lead our country’s largest-ever group — 242 athletes total — which is also the largest contingent from any nation in Olympic history.

Are you excited to watch the 2018 Winter Olympics Opening Ceremony? Let us know @BritandCo!