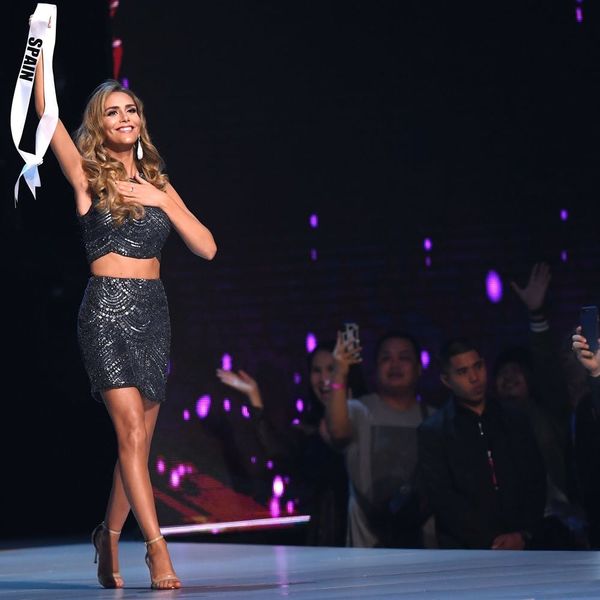 On Sunday, Miss Spain, Angela Ponce, became the first transgender contestant in Miss Universe history. Her inclusion in the broadcast doesn’t correct for the sexist, sizeist, ageist, and superficial overtones of pageant culture, nor the mixed messages contained in an event that pays lip-service to women’s brains while it amplifies a distressingly narrow ideal of womanly appeal. It does, however, clear the low bar of making this year’s Miss Universe pageant the most radical one to date.

The pageant has been criticized, including by repeated co-host Ashley Graham, for its poor track record in including plus-size (or, really, merely non-skinny) contestants. It has also been called out for its lack of racial inclusivity, particularly with regard to finalists — a feature that former pageant owner (and now-president) Donald Trump allegedly maintained on purpose.

Despite its stubborn attachment to a beauty-centric evaluation of women that feels glaringly out of step with our post-#MeToo, Year of the Woman reality, the 67th annual spectacle did wedge in a few nods to the world off the pageant stage.

During the question-and-answer portion that has long been a staple of pageant telecasts, longtime Miss Universe host Steve Harvey asked finalists for their opinions on freedom of the press and the implications of women’s activism for gender equality. The women answered in benign soundbites, reassuring faithful viewers that, even in this year of political turbulence, mainstreamed feminism, and woke teens, the beauty pageant doesn’t try too hard to be something it isn’t.

It was Ponce’s inclusion in this broadcasted parade of cis-heteronormative gender performance, and her message to viewers, that lent the pageant its most convincing stripe of palatability and social progress in Miss Universe history.

“My hope is for tomorrow to be able to live in a world of equality for everyone,” Ponce said during a special pre-taped segment included in the broadcast, “simply for us all to understand that we are human and we must make all our lives easier together. If I can give that to the world, I don’t need to win Miss Universe; I only need to be here.”

Opening the competition up to transgender participants is certainly a strike in Miss Universe’s favor. It is not, however, enough. And audiences may agree. On Sunday, 4.19 million people tuned in to watch the 2018 Miss Universe competition — another step down in its ongoing viewership decline.