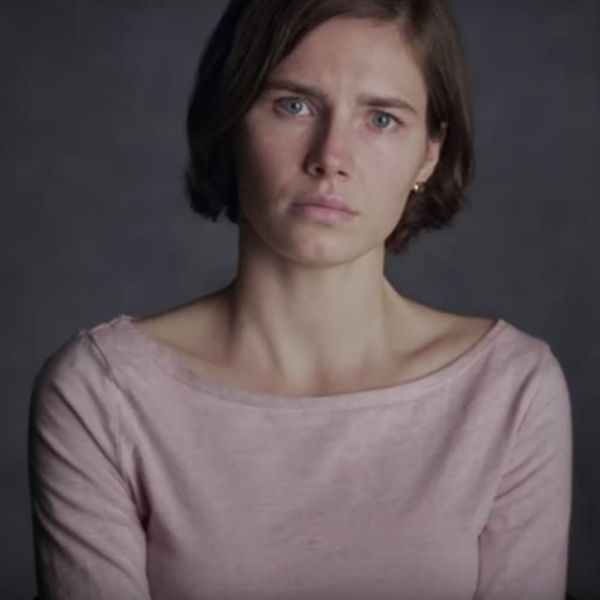 While Making a Murderer and The Case of JonBenet Ramsey have taken us back through crimes that are still unsolved (and even seeing one particular high-profile conviction dropped), Netflix is ready to take on another headline-making crime: The murder of Meredith Kercher and conviction (as well as eventual acquittal) of Amanda Knox. In the first duo of trailers we are given two sides of the story: First, those who were after the killer speak out, then Amanda speaks for herself, and what she has to say will give you serious chills.

For those unfamiliar with the case (or just wanting a refresher), Amanda Knox is an American woman who spent almost four years in prison following being convicted of the 2007 murder of Meredith Kercher, one of Amanda’s roommates. The crime took place in Italy and was not only seemingly without cause, but Amanda’s strange behavior made for headline fodder in both countries. Eventually acquitted, some believe that Amanda has evaded justice while others think she was wrongly targeted in the first place.

Netflix will attempt to solve the crime, or at least give us a comprehensive look into the tragedy, and their first trailers, (which take both sides of the case) ask if we “suspect her” or “believe her.” Watch as investigators take us through the murder and as Amanda, entangled in suspicion and speculation, speaks for herself. “Either I’m a psychopath in sheep’s clothing… or I’m you.” *chills*

Were/are you captivated by this case? Tweet us @BritandCo!