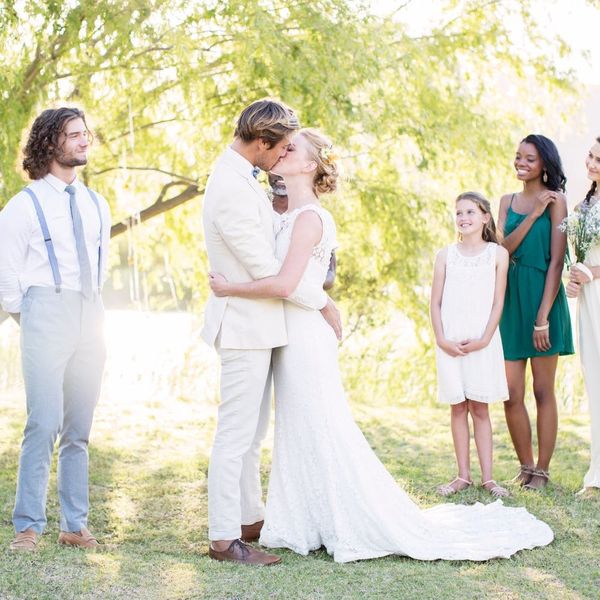 The cost of a wedding can range anywhere from the simple fee of a marriage license and city hall ceremony (like Kristen Bell and Dax’s Shepard’s touching and hilarious nuptials) to the millions some folks spend on super lavish affairs (OMG, have you seen the wildly luxe wedding that included a $600K dress, private jet and 10-foot tall cake, or the $1 BILLION wedding that puts all over-the-top celeb weddings to shame?!). Granted, most are somewhere in between, yet that doesn’t mean that getting married these days is anywhere near cheap. Frankly, the average cost of a wedding in 2017 may make you want to elope.

The fine folks over at The Knot have released their annual Real Wedding Study, which provides us with the average cost of current weddings based on a whopping 13,000 couples who walked down the aisle. Using deets from the past year, we can project how much to budget in 2017.

The Knot has also broke down the full sitch for us, factoring in everything from invitations and a venue to your wedding dress and groom’s attire, not to mention the photographer needed to capture every once-in-a-lifetime moment.

So, if you have plans to get married this year, let’s hope you’ve been saving every last penny.

How much did/would you pay for your wedding? Tweet us @BritandCo!