The Bachelor Recap: Cheers to Falling Asleep, You Guys 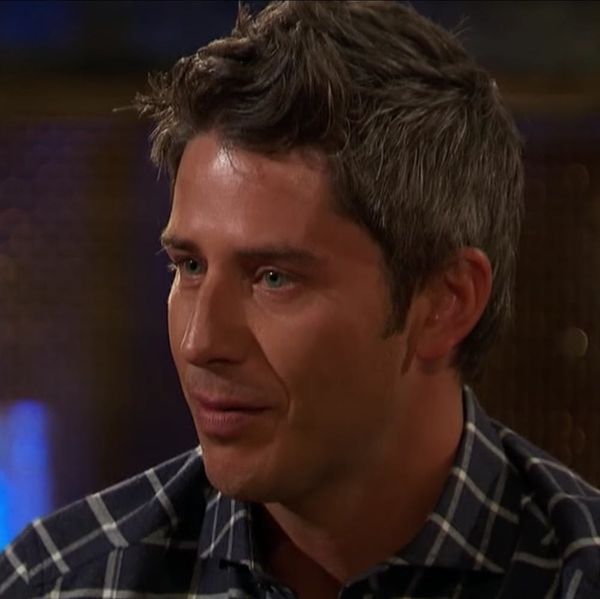 Are you ready to fall in love with Arie? I’m mostly ready to fall asleep watching this season’s The Bachelor. Arie seems like a nice enough guy but going on this journey with him is tough because the dude’s super boring! And who even knows if investing in Arie’s love journey will be worth it for him or us? Of course, this won’t be so much about America falling in love with Arie as America falling in hate with Chelsea, even if she maybe isn’tthe villain we all want her to be.

There are 21 women left (gulp) and it’s lucky Becca K. gets the first one-on-one date! This is the only way I’m going to remember who Becca K. is. He whisks her away on a motorcycle to a mansion where surprise guest Rachel Zoe is on hand to give Becca a gown and remind us all that she still exists. After she also gets expensive shoes and jewelry, Becca K. tells Arie, “Your eyes suck… people in.” That pause is telling, girl. Do you really deserve those Louboutins? Arie and Becca K. make an emotional connection over dinner. She’s gone through hard times! He’s gone through hard times! They have soooo much in common, so, naturally she gets a rose.

Krystal gets the second one-on-one date and if the first episode painted Krystal as a genuine soul dedicated to fitness and the homeless, this episode is giving us a full view of just how annoying she is. She and Arie go on a date that is shockingly both weird and boring. He flies her to Scottsdale, Arizona to visit his home. His home. He takes her to his old high school and talks about how he was an art nerd who played instruments. She claims to have also been an art nerd who played instruments, but I’m going to need receipts. They then go to his house and watch his home videos. Arie. Arie. This is moving too fast and you have 20 other women to date!

And if that’s not enough, he takes her to meet his family. Week two and he takes a rando he just met to meet his whole Dutch family. It appears that these Dutch folk are not as emotionally available as Americans and certainly not as bubbly as… oh, what’s her name? Krystal! I need them all to wear name tags on their heads until I can keep them all straight. He later takes her to a historic theater in Scottsdale and since he has shown her his entire life and family and they’re basically married, she now has to tell him her deepest darkest secrets. She lays it all out about her absent father, emotionally distant mother, and troubled brother. Krystal has been through the works and I feel for her, but the previews for the rest of the season tell me I’ll learn to hate her so I’m just going to guard my heart over here while Arie gives her that rose.

Because this episode can’t be 20 hours long, 15 girls have to go on the next date, a demolition derby. Nothing like getting a bunch of women hungry for love in an arena to smash cars into each other. Annaliese, who had a traumatic bumper car experience, cries her way into Arie’s arms but ultimately gets in the car and does serious damage to the other girls’ cars. I think this might be an example of exposure therapy but it also might be exploitation. Forget it, Jake. It’s The Bachelor.

Brittany goes hardcore and ends up in the hospital with a concussion BECAUSE THIS IS DANGEROUS AND THEY SHOULDN’T HAVE DONE IT. But it’s all for love, right? Sienne smashes the cars the best and wins some extra attention from Arie, as boring as that may be. Before he gets time with Sienne, Chelsea steals time with Arie again to admit to him that she’s a single mom. Phew. Mystery solved! Arie appreciates her honesty or whatever and it looks like this villain is sticking around. Sienne, meanwhile, reveals that she went to Yale and between those smarts and car-destroying skills, there’s a spark there! At least I can remember who Sienne is.

As we get exhausted over how many women he has to meet with, some of the women get exhausted as well. Bibiana, in particular, says her “patience is being trialed” and storms off crying before getting to talk to him. Bekah M., perhaps more emotionally stable even if she’s maybe 18 years old, continues to impress Arie and they make out. Don’t rob that cradle, Kissing Bandit.

Krystal received a rose on her date but feels the need to have some one-on-one time with Arie. How dare she interrupt his time with one of the, like, 40 Laurens there! Bibiana, already very emotional, is definitely not having it when Krystal goes for seconds. She calls out Krystal and Krystal shrugs it off because she’s clearly invested in their relationship that’s moving way too fast. Bibiana tells Krystal that she just dug a “big a** hole” for herself, which sounds a little confusing but totally appropriate. Bibiana seems like she might be on the chopping block, but ultimately Lauren G., Jenny, and Valerie are sent home. Frankly, I could’ve just made up some names and you still wouldn’t know how got eliminated last night, but with only 18 women left, I think I’m ready to start thinking about investing in Arie’s search for love. Maybe.

Tell us what you thought of the episode @britandco!