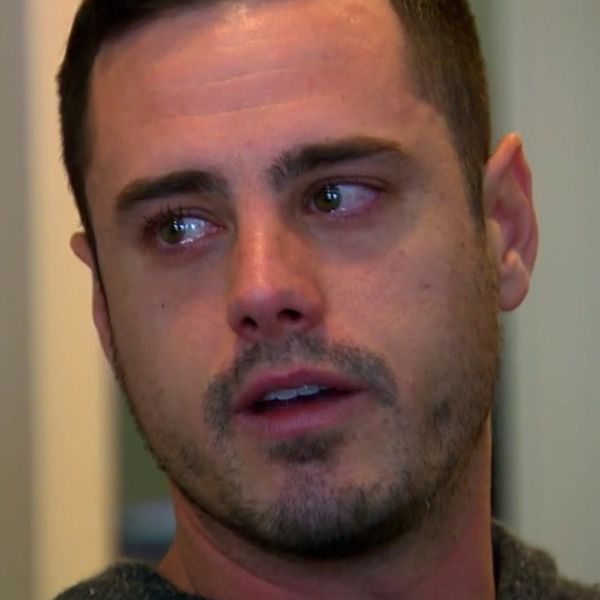 The icy horror of The Bachelor Winter Games is almost over as quickly as it started, but first we must endure both the most dangerous and the grossest challenge yet. While this should be a pleasant distraction from the concurrently running and very confusing season of The Bachelor, this two-week special has been an icy whirlwind of heartbreak and overpopulation. It’s hard to get invested when these couples can’t possibly get that close over the course of four episodes, right? Right!?!

The penultimate extremely dangerous and not-very-fun-to-watch challenge is downhill skiing. Watching people do something that could seriously injure them is only fun when it’s Jackass. There’s plenty of falling but no one manages to hurt themselves and regret signing a waiver at the beginning of this snowy nightmare. Lesley and Dean are the fastest and they both get date cards. They obviously don’t need two date cards, so they decide to give one of the cards to Kevin and Ashley.

Ashley and Kevin go on a date and Ashley talks about her virginity. Kevin understands that Ashley is not waiting for marriage but rather the right guy, whoever that is. I’m hesitant to say this, but Ashley is way more tolerable now that she’s with Kevin. She even remarks that she’s usually crying all the time and now she’s smiling all the time. Trust me, Ashley, we’re as relieved as you are.

After last week’s jacuzzi debacle, Clare tells Christian that the language barrier doesn’t matter to her and that she responds best to actions. She just wants this weird German dude to kiss her. He responds by talking over and over about how in Germany, they lead from their stomach. He can’t stop talking about the reliability of a German stomach. Needless to say, they don’t kiss.

As the couples have solidified, the singles left in the house are feeling it hard. Tiffany, who was a total mess in the last episode, has calmed down and realized that her journey is over in Vermont. After saying goodbye to Tiffany, Ben comes to terms with the fact that he is not ready to date again after his painful breakup with Lauren. He cries to Chris Harrison (UGH) and tearfully bids farewell to everyone in the house. Yuki in particular is devastated, having formed a strong friendship with Ben.

The bloodbath continues as Michael has a much less tearful goodbye and we still wonder who he is and how he got here. This leaves Yuki as the final single person in the house and Chris Harrison (UGH) arrives to tell her in Japanese that it’s time for her to leave. Good to know he’s smug in every language. Yuki is definitely upset but keeps it together enough to say goodbye to her adoring housemates. “You’re a light!” they tell her. Shine bright, Yuki.

With only couples remaining, the final challenge of the episode is a totally messed up kissing contest. Chris Harrison (UGHHHH) tells the couples that they have to convince three judges that their relationship has made enough progress by convincingly kissing each other in front of everyone. This is really gross. Two couples will be eliminated by not kissing passionately enough, but one couple already knows it’s not going to work out. Christian and Clare determine that they are not moving at the right pace and that they don’t need to participate in the contest having not kissed at all. More tearful goodbyes. This is the biggest massacre in Vermont history.

JoJo, Rachel, and Arie are the judges and this is Dante’s tenth circle of hell. Dean and Lesley take a Dancing with the Stars approach that doesn’t go over well with Rachel. It gets particularly gross as more couples get very intimate in their performance of kissing in a way that feels like we just shouldn’t be watching. Ally certainly feels that way as she gets more and more nervous and eventually runs to throw up when she and Josiah are called up to kiss. She brushes her teeth and kisses Josiah in front of everyone and all I can think about is that a cameraman just followed her to film her puking.

Stassi is not used to public displays of affection and is nervous about kissing Luke in front of everyone. It seems like they might be most likely to go home but they manage to strike a balance between Stassi opening up and Luke being patient and caring and I HATE CRITIQUING KISSES. This is kind of sick, y’all. Ultimately, Josiah and Ally are determined to be the worst kissers and are sent home. Presumably, they could’ve carried on their relationship but Ally says that the judges are right and that her puking was clearly a sign that she and Josiah aren’t meant to be. Uh, wow. Breakup by reality television show decree is… something.