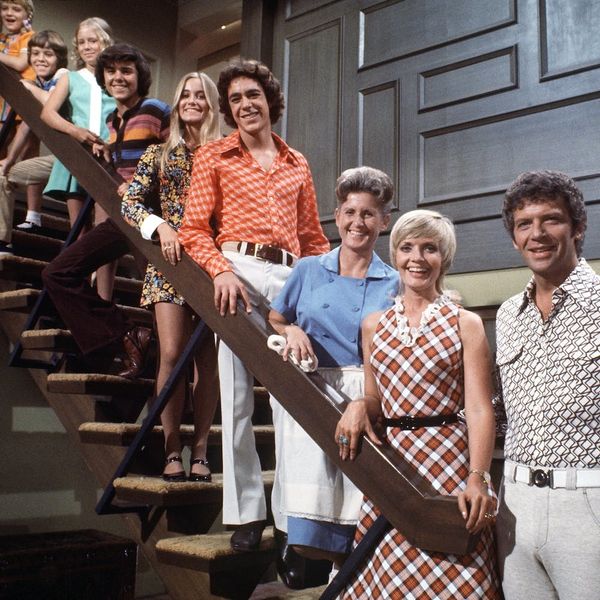 The world lost SO many wonderful people this year: David Bowie, Alan Rickman, Prince and more. Just last week, we said goodbye to Carrie Fisher and her mom, Debbie Reynolds (who will be having a joint funeral). These people undoubtedly touched the lives of millions, and will be sorely missed by both their fans and those who knew them best — like the cast of the The Brady Bunch, for instance.

Gathering to say goodbye to their TV mom, Florence Henderson (AKA Carol Brady), who was 82 when she passed away after suffering heart failure, the sibling gang (though missing a few) was on hand at her recent memorial.

Maureen McCormick (who played the oldest daughter, Marcia), Christopher Knight (AKA middle brother Peter), Mike Lookinland (youngest son Bobby) and Susan Olsen (the unforgettable Cindy) were all on hand to bid their farewells, as was seen in the photo Maureen posted to her Twitter page.

Most beautiful evening with family and friends celebrating our beloved Florence💞💓💗 pic.twitter.com/OHLHIxXj2Q

Florence had been in touch with her onscreen daughter right up until her death: In fact, she had visited the set of Dancing With the Stars to see Maureen perform just days prior. The two reportedly shared an emotional moment when Florence told her, “You were fabulous. I’m so proud.” Aww! Sounds like the motherly love Florence had for “Marcia” wasn’t just reserved for TV.

Thankfully, Florence was surrounded by her family and friends when she passed, and we’re sure she would have been happy to see her loved ones reunited to celebrate her memory.

Shea Lignitz
Shea can be found in the nearest bookstore or brewery, exploring the great outdoors, or blasting Led Zeppelin. She grew up in the cold and rain of Northern California's redwoods but is currently wandering around Texas.
Nostalgia
TV
Nostalgia