Carrie Fisher and Mother Debbie Reynolds Will Have a Joint Funeral 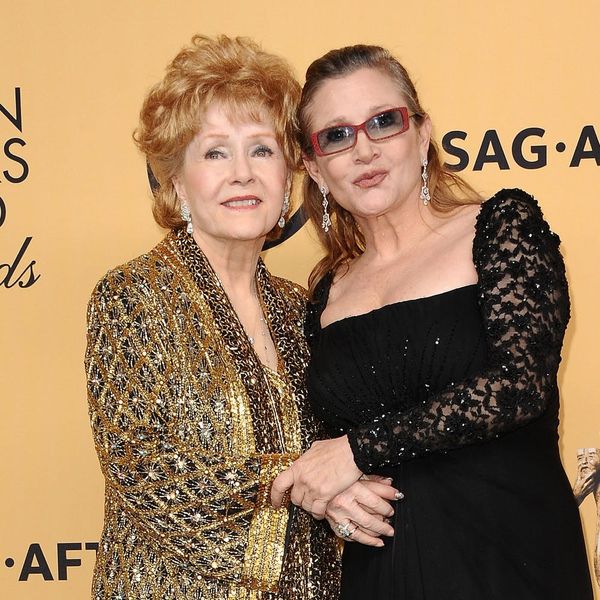 Our hearts collectively broke last week when beloved Star Wars actress Carrie Fisher, known to many as Princess Leia (who could forget that braid hair?) passed away, followed in short order by her famous mother, Debbie Reynolds, who died just one day later.

The mother and daughter, who were reportedly super close (they had even filmed a documentary about their relationship for HBO, which will air on January 7), will now be taking their final curtain call together, as brother Todd Fisher has confirmed to The Associated Press that the two will be having a joint funeral.

Together, they’ll be buried in the same cemetery as such cinematic greats as Lucille Ball, Dick Van Patten, Liberace, Florence Henderson, David Carradine and Bette Davis.

While we may not be invited to what is sure to be a lovely, if tragic, affair (though a date has not been set, we do know it will not be open to the public), we can certainly honor the two in our own little way: Logo, for one, is having a Debbie Reynolds marathon (tune in now!), while TCM will be airing Singin’ in the Rain on both January 15 and 18 and OWN will air a special episode of The Oprah Winfrey Show showcasing the two women together on January 5.

I treasure this so much more now. ❤️ #debbiereynolds #singinintherain

We can’t think of anything else we’d rather watch.

How will you honor Carrie and Debbie’s memories? Tell us @BritandCo!