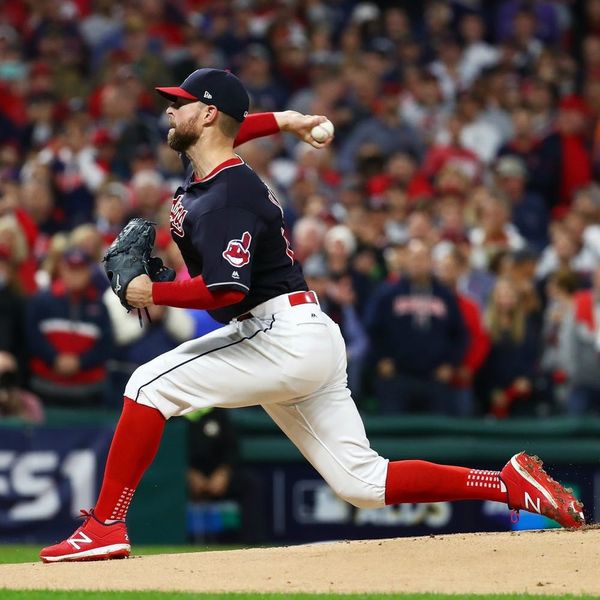 In a mega surprising turn, the Cleveland Indians announced Monday that as of 2019, the team will no longer use their infamous mascot and logo, Chief Wahoo on any official team merchandise. The announcement came as something of a surprise; many groups asked that the team change its name and logo over the last several years, to no avail.

In a statement, the Major League Baseball organization said the team’s decision to remove ‘Chief Wahoo’ came because the logo no longer seemed appropriate for use on the field. “Over the past year, we encouraged dialogue with the Indians organization about the club’s use of the Chief Wahoo logo,” MLB Commissioner Rob Manfred said in a statement.

Manfred went on to say that during conversations with the team’s owner, Paul Dolan, he learned and appreciated that the image resonates with fans, but that both men agreed that its use should come to an end.

“The club ultimately agreed with my position that the logo is no longer appropriate for on-field use in Major League Baseball,” Manfred said, adding, “I appreciate Mr. Dolan’s acknowledgment that removing it from the on-field uniform by the start of the 2019 season is the right course.”

Chief Wahoo was introduced to the Cleveland baseball team in the 1940s, and though the character has undergone some changes, the mascot’s prominent nose, red (originally yellow) skin, and feathered headband have remained symbols of the team.

The Indians aren’t the only major league sports team who have been called to task for using racially offensive language and/or imagery in their branding. A “fake news” story about Washington Redskins cropped up last year as a clever act of protest against the NFL team’s offensive logo and derogatory name. So far, the football team remains mum on any plans to change either.

Sports teams looking for a way to redeem their racially offensive logos can look to Florida State University for an example. FSU’s football team, the Seminoles, works closely with their namesake tribe to ensure respect for the group they take their name from —something otherwise unheard of in popular sports — including tribe elders on everything from logos and mascots to how the group is portrayed by FSU’s fans.

Although they are removing the Chief from their merchandise and uniforms, the team will remain “The Indians” going forward and the removal of the logo has had fans sharing mixed reactions on social media.

What do you think about the removal of Chief Wahoo? Let us know @BritandCo!