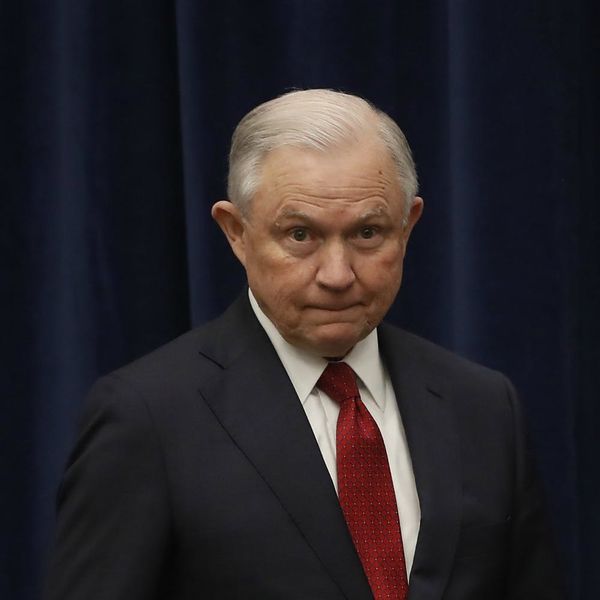 Last March, Attorney General Jeff Sessions announced that individual states that didn’t comply with President Trump’s near-draconian immigration laws would have all federal funding for programming revoked for non-compliance. The announcement was used to specifically try to shut down sanctuary cities from withholding information on undocumented people living in the US.

In order to counter the announcement, by October, California announced that the entire state was now a “Sanctuary State,” and that the state government would not comply with any laws handed down federally that would harm Californians without legal paperwork. At the time, Governor Jerry Brown said the law was enacted to combat what he believed to be “xenophobia” on the part of the Trump administration. Now, AG Sessions is suing the state over their laws, arguing they are unconstitutional.

Filed in federal court in Sacramento, the lawsuit targets the three sanctuary-focused laws that the California Legislature passed last year in protest against the Trump administration. According to Politico, the case is based on one that the Obama administration filed against the state of Arizona in 2010 for that state’s attempt at jailing and deporting undocumented immigrants.

“The Department of Justice and the Trump administration are going to fight these unjust, unfair and unconstitutional policies that have been imposed on you,” Sessions told the California Peace Officers Association while in Sacramento. “We are fighting to make your jobs safer and to help you reduce crime in America. And I believe we are going to win.”

Brown immediately responded to the suit, tweeting: “At a time of unprecedented political turmoil, Jeff Sessions has come to California to further divide and polarize America. Jeff, these political stunts may be the norm in Washington, but they don’t work here. SAD!!!”

👋 ATTN Jeff Sessions: Here’s a reminder of what the @CalChiefs (a major participant in the @CalPeaceOfficer event you’re speaking at) said about #SB54 before @JerryBrownGov signed it last year. 🤔 #KnowYourAudience pic.twitter.com/60KerAddOD

“The compromise reached on Senate Bill 54 does two things,” the Chiefs Association said in the quote. “It addresses the significant public safety concerns we raised during this debate, and it reaffirms what we have held since the beginning, which is that California law enforcement should not be used to assist in mass deportations.”

“Furthermore, by continuing to allow local police to collaborate with federal law enforcement partners during criminal investigations, the amendments to SB54 will let our agencies focus on protecting everyone in our communities from those with malicious intent.”

Kat Armstrong
Kat has been a writer, social media maven and mom for longer than she's willing to admit. She's also spent time in front of and behind the camera, interviewing celebs, politicians and acting as a producer for fashion and artistic photography shoots. When she isn't writing for various orgs and publications, she's hanging with her kids, husband and French Bulldog, Peter, in Toronto, Canada.
Immigration
Politics
Immigration
More From Politics