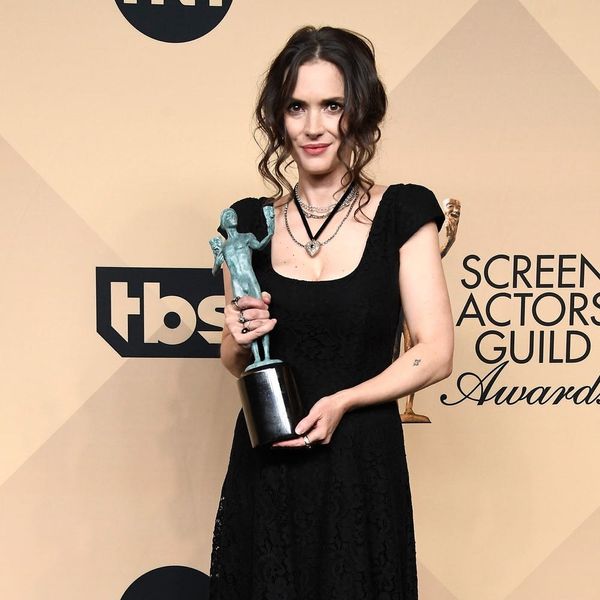 There were a LOT of moving speeches made at tonight’s SAG Awards, and for some, it was a lot to process. While the powerful words of stars such as Taraji P. Henson, Mahershala Ali, Julia Louis-Dreyfus and others certainly evoked plenty of emotion in all of us (we’re not crying; you’re crying!), one person in particular seemed to be experiencing all the feels… all at once… and showcasing those feels with her facial expressions in real-time during co-star David Harbour’s Stranger Things acceptance speech.

As David addressed the crowd (and the rest of the world), we couldn’t help but notice the, erm, *interesting* faces the show’s star, Winona Ryder, made throughout.

There was wonderment… quickly followed by confusion…

…anger and… outrage? Incredulousness? WHAT IS THIS?

Then came either an invisible sip of hooch or a coming-to-terms moment with the finer points in David’s speech.

In the end though, Winona was full of pure, uninhibited joy over the win.

You do you, girl.

What was your favorite moment of tonight’s awards show? Share @BritandCo.