The Meghan Markle Moment: On Being Mixed Race AND Unapologetically Black 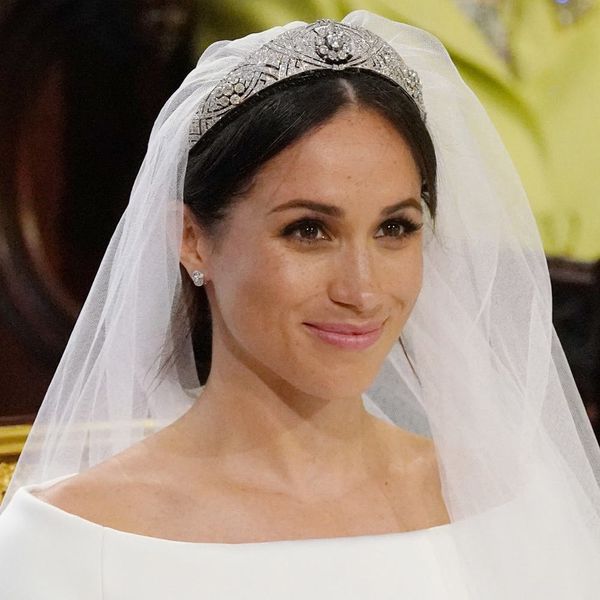 I’m basically an anti-royalist, but Meghan Markle and Prince Harry tying the knot on a sunny afternoon at Windsor Palace brought tears to my eyes. I was moved by how much of myself I saw in Markle and her situation. Her wedding ceremony was one of the best examples I’ve ever seen of something I’ve been trying (and mostly failing) to do my entire life: be mixed-race and unapologetically Black all at once.

Like Markle, I moved to a foreign country for love—not to England, but rather Stockholm, Sweden. And like Markle, I’m a biracial American woman; my mother is white and my dad is African American. Unlike Meghan Markle, however, I rarely get asked ‘What are you?’ – I’m not a racially ambiguous mixed girl, I’m a mixed girl who passes for white. The aptest description I ever read of my particular identity troubles was on a message board with a name I can’t remember, by an anonymous poster: ‘It’s a lonely life when Black looks white.’ Yes, I whispered and all I could do was sob until my eyes were crimson and swollen.

Though I’m a social butterfly, my existence has often been the lonely one of a placating chameleon who conforms to the expectations of others, and it’s taken a grave toll on my mental health that’s manifested over the years in severe anxiety, depression, eating disorders, and even considerations of suicide. I’m a product of a system of white supremacy, and all of us are touched by its poison whether we know it or not. Many of us are physically and spiritually sick, or even dying.

So, the Meghan Markle moment is important.

Meghan Markle and Prince Harry’s ceremony was unapologetically Black and, I suspect, Markle orchestrated it to be that way. She smiled radiantly the whole time because she loves her man, no doubt, but I believe it was also because she knew exactly what she was doing. Bishop Michael Curry doesn’t preach to the British royals and blue blood society about Dr. King, slavery and the balm of Gilead — a biblical ointment for deep wounds and the namesake of a beloved Black spiritual — by accident. Black gospel choirs don’t just randomly get chosen to sing African American spirituals for the House of Windsor, and Black cellists like Sheku Kanneh-Mason aren’t typically chosen to serenade them.

Markle used her wedding to lift up and celebrate the entire spectrum of Blackness, not only for the guests present in Windsor Chapel, but for the nearly 2 billion people tuning in across the globe. The statement was loud and clear: We’re here, and you’re going to accept and respect us as we are.

Markle had the courage not to care what some very powerful white people thought, and as any mixed person knows, this is much easier said than done. Her ceremony was a courageous example of a mixed person using their relative privilege for the betterment of all members of Black and multiracial communities, in the United States and worldwide.

But guess what? Meghan Markle doesn’t have to be perfect. She can’t and won’t be. The path she’s chosen will be fraught and exhausting, not only because of race, or even class. There are also feminist implications — a woman uprooting her entire life for a man from another country takes a toll, no matter how strong the love (believe me, I should know). I hope that Markle can be gentle with herself, and have faith in the vision of who she is as a woman, and always follow that guiding star. I haven’t always been so good at following this advice myself, but I’m trying. Most of us are.

Human beings are symbolic creatures, and like Obama before her, Meghan Markle is a symbol of hope to the millions of beautiful souls navigating the highs and lows of Black and multiracial identities in a cruel and often unforgiving world. So, although I’m a mixed woman who’s against the notion of nobility on principal, I’m into Meghan Markle. She’s someone a white-passing African American girl like me can look up to, and find grace and strength in. If the world sees and accepts her, then it might finally see me as well — not as it wants to see me, but as I demand to be seen: gloriously complex and unapologetically Black.

Carmen Price is an educator who was raised in Chicago and Milwaukee and is now based in Stockholm, Sweden.