The Olympic Logo in Pyeongchang Has a Beautiful Meaning 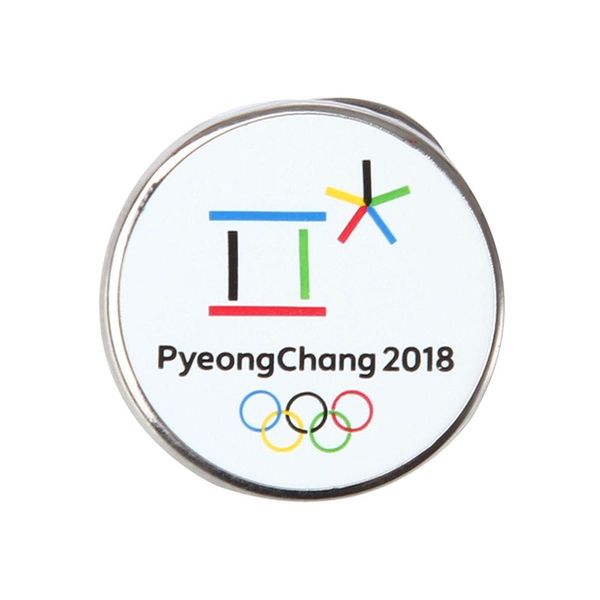 The Olympics will be getting underway this Friday, and all eyes will be on South Korea (and not just for the impossible-seeming shared march between the North and South). While the majority of news coming out of the games will always be about the sports and athletes, there is a subset of Olympiad fans who go gaga for the logos, mascots, and design each nation brings to their individual games. This year, the Korean designers behind Pyeongchang’s logo have folded the spirit of the games and a nod to Korean culture into one beautiful logo.

The two main components of the logo use the Korean alphabet (called Hangul) for the image. The open square and star symbol represent the P and C in PyeongChang, but their meaning goes deeper than just the name of the host city. According to the games’ official website, the logo marries the symbolism of Hangul with tenets of unity and welcome.

“The emblem symbolizes a world open to everyone. It combines the image of ice and snow, winter sports stars (athletes), and people from all over the world, coming together in PyeongChang where heaven meets earth,” the website says.

Logo and branding for the olympics is supposed to represent the host country, while speaking to the world. Logo for the #PyeongChang2018 games was derived from the Korean writing system, Hangul. The first symbol represents the meeting of heaven and earth, the second ice(winter). pic.twitter.com/xcsqZ6NL91

Marketing blog The Branding Source delves deeper, explaining that the official colors of the Olympic games (blue, yellow, black, green and red) are also very significant colors in Korea, and that in marrying both symbols, the design for PyeongChang 2018 expresses unity and the connection between the earth, the sky and the people of Korea.

While the world’s top athletes compete for medals at the games, the logo for PyeongChang shows that this year’s host country wants values of unity and togetherness to reign supreme — and that’s a pretty great objective, whether you’re at the Olympics or not.

What do you think of Korea’s Olympic logo? Let us know @BritandCo!

Kat Armstrong
Kat has been a writer, social media maven and mom for longer than she's willing to admit. She's also spent time in front of and behind the camera, interviewing celebs, politicians and acting as a producer for fashion and artistic photography shoots. When she isn't writing for various orgs and publications, she's hanging with her kids, husband and French Bulldog, Peter, in Toronto, Canada.
Olympics
Current Events
Olympics