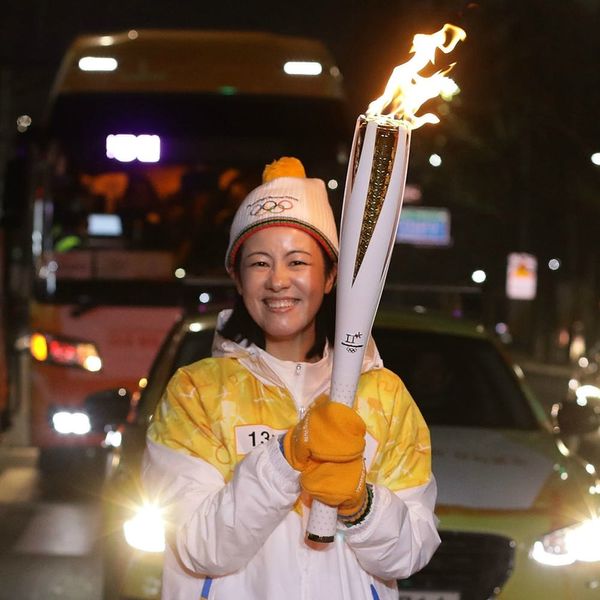 We can honestly say no one was expecting this. The governments for North and South Korea have reached an agreement that will see the two nations reunified in sport during next month’s Olympics opening ceremonies. But, for the first time ever, the two Koreas have also agreed to combine their women’s hockey teams to compete at the games as a united country.

While Korea has marched as a unified nation before during the Turin games, today’s stunning announcement will have the first joint team competing together during the games. North and South Korean women’s hockey players will begin practicing this month in the demilitarized zone (DMZ) in preparation for the games but will need approval from the International Olympic Committee and will need to come to fruition during a time fraught with political tension.

Since the end of the Korean War in 1953, the Democratic People’s Republic of Korea (DPRK or North Korea) and the Republic of Korea (ROK or South Korea) have been in a tense back-and-forth. The US military has set up semi-permanent shop in the south, and with rising international tensions, specifically between the Korean leader, Kim, Jong-Un and President Donald Trump, the nations are a hotbed of action these days.

Although this joint sign of unity is welcomed by many, politicos are questioning what DPRK leader Kim Jong-Un may really have in mind, considering that even while unification for the Olympics was being discussed, the leader has been clear to point out the North’s nuclear and ballistic missile program will not stop.

“They should know that [the] train and bus carrying our delegation to the Olympics are still in Pyongyang,” the North’s official Korean Central News Agency said. “The South Korean authorities had better ponder over what unfavorable results may be entailed by their impolite behavior.”

Some insiders are speculating that the unified women’s hockey team may be a way for Kim Jong-Unto divide relations between the South and the US because of the heavy sanctions placed on North Korea in the last few months.

What do you think of a unified Korean team? Let us know @BritandCo!

Kat Armstrong
Kat has been a writer, social media maven and mom for longer than she's willing to admit. She's also spent time in front of and behind the camera, interviewing celebs, politicians and acting as a producer for fashion and artistic photography shoots. When she isn't writing for various orgs and publications, she's hanging with her kids, husband and French Bulldog, Peter, in Toronto, Canada.
Olympics
Current Events
Olympics
More From Current Events