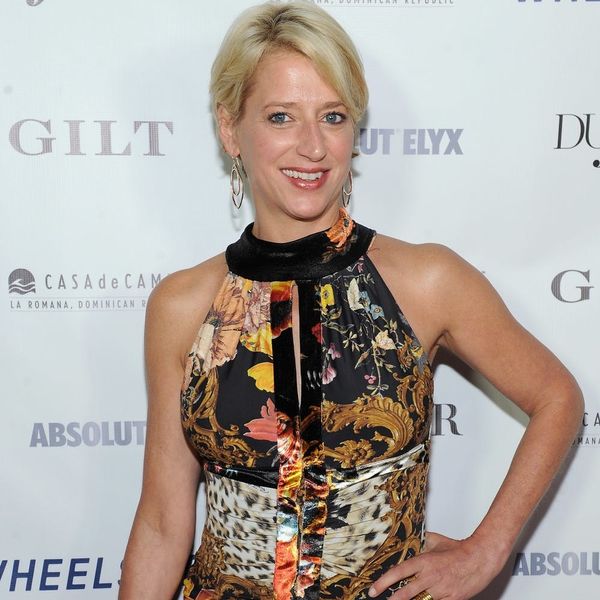 All I remember from last week’s RHONY episode is Dorinda and Carole floating around a cemetery like a couple of mailbox-faced ghosts because their husbands died. Oh, and at some point later in the show, Tinsley reminded everyone she used to be married to a real human whose parents thought it was a reasonable idea to name him Topper. LuAnn continues to prattle on about her sham wedding to the perfectly bald town bicycle, Tom. Surely this week will be luckier in love for our li’l group of leathery sweetie pies, right?

Ramona hangs out with her daughter, Avery, who clearly wishes a witch could magic her mother into being someone else, someone with a heart and some scruples, like Oprah, or at the very least, Gayle. Ramona is undateable.

Then there’s good old Dorinda and good old Bethenny, best friends and fancy lunchers for life. Dorinda tells Baby B she loves living alone with her stack of Chanel jackets because her gorgeous daughter Hannah moved out finally and Hannah was always stealing her Chanel jackets and now they’re all hers. I understand her ire — I’d swipe right on a good Chanel jacket! They are high quality, French, and keep you warm at night. Good for Dorinda. I see a wonderful future for her and her pile of small Gallic coats. And Bethenny is dating her friend Dennis! Spoiler: It’s not former pro basketball star and North Korea sympathizer Dennis Rodman and that sucks. It’s some other irrelevant Dennis. Man that sucks. Get outta here Dennis.

WHY IS CAROLE ON THE FENCE ABOUT HER INSANELY HOT YOUNG BOYFRIEND ADAM? I AM YELLING FROM RAGE! LOOK AT HIM! HE MOVED OUT THIS EPISODE!!!

Tinsley sucks face with some clown named Chad, obviously. Chad and Dennis! I’m on team Chad and Dennis but only if they date each other in the future and there is a spinoff series called Chad and Dennis: Together at Last. Look at this 23-year old Chad-shaped meat puppet who Tinsley is trying to reverse-birth into her mouth. Get on Dennis, Chad!

And everyone is still talking about how LuAnn’s husband Tom has dated basically everyone and the only person who doesn’t seem to care is LuAnn, which is great, because who cares how people use their bodies, it’s who you love who matters, right?

We’re on the lookout for RHONY memes! Tag us in your faves @BritandCo!