The Real Housewives of New York: Never Cry Because It’s Over 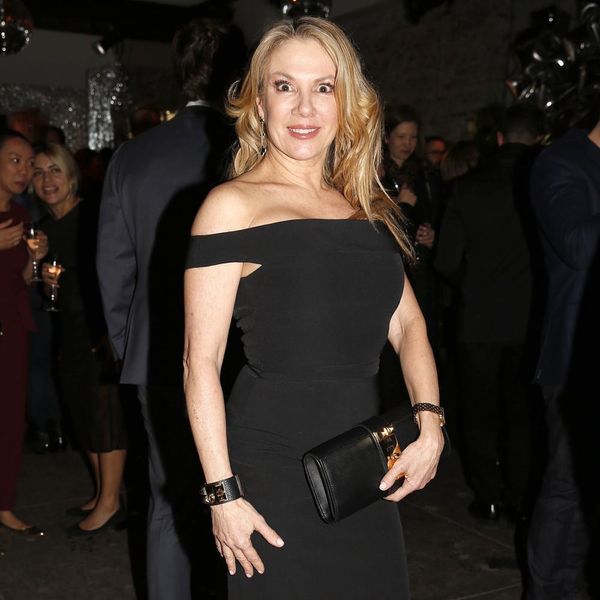 How do you take a group of allegedly real people seriously when they’re perfectly fine with inviting a crew of strangers with cameras into a cemetery to film and televise a so-called tribute to mark the five-year anniversary of the death of a loved one? I guess the indirect answer to that extremely long question is: $20,000, which is apparently what Dorinda Medley gets paid per scene in the Real Housewives of New York City. As Dorinda drives into a pre-winter graveyard full of spooky skellingtons, she muses, “Today is the fifth year memorial of my husband Richard’s death. Five years is enough time to have sat with it, cried with it, and now I can really let Richard go.” Apparently, five years is also enough time to metabolize your ex-husband’s death through the metastasized colon of the RHONY franchise and get paid a fat stack of Benjies. Carole materializes to pay her respects to Dorinda and to declare the boneyard as her “mothership.” Dorinda exclaims to her family, “Carole’s husband died too!” Twinsiiiiiiiiiiiies! Ghostiiiiiiiiiiiiiiiiiies!

The scene before features Bethenny and Sonja fumbling with menus at some lunch place and Bethenny making a very NSFW joke about Sonja. Bethenny is so proud of this joke she keels over as though she’s going into anaphylaxis.

The scene after features Tinsley drinking a screwdriver in the middle of the day while Sonja chastises her for turning all her freezer ice brown.

Tinsley escapes the allegation of having done a number two in Sonja’s refrigeration unit by fleeing to the streets and walking around with her friend whose name I forget and a dog whose name is Luigi who drives a luxury car.

Luigi is a Shih-Tzu. He has more money than us.

LuAnn is going to wear a white wedding dress with lace on it in spite of her husband Tom being the town bicycle according to all the Wifeys. Spoiler alert: They got married! Here’s a wedding photo FROM THE FUTURE.

There is such a long fight at a bar. It’s about a wedding. It’s about the fact that Bethenny is not the nicest. It’s about Carole’s visible bra. It’s mainly about Ramona’s clear drinking problem and can we please get her some help soon?

The most important thing that occurs during this interminable episode is when some of the wives ask Tinsley what her ex-husband’s name is. Tinsley says it’s Topper. Carole and Bethenny wrench their frozen faces into shapes that look like smiles and, again with the NSFW jokes. You can probably guess the theme.

Tell us your thoughts on the last episode @BritandCo!