The Real Meaning Behind My Unique Baby Name: Why I Named My Daughter Cinnamon 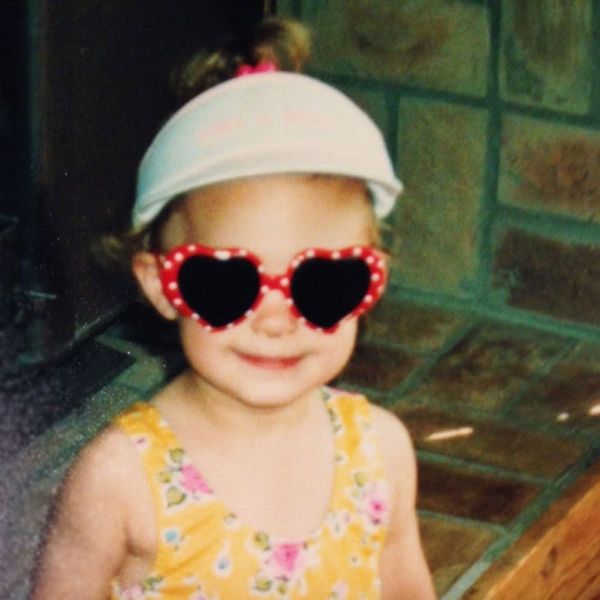 As we’ve seen in our “Why I Named My Baby” series, a creative baby name often reveals a tremendous amount about the namer: their ancestry, the values their family holds and more. But like all things in life, there are no hard or fast rules when it comes to unique names. Sometimes a name is the perfect fit just because! Scroll on to learn the history behind a baby name that is super sweet.

The Story (and Real Meaning!) Behind the Baby Name

Marlene Janzer had the baby name “Cinnamon” picked out ever since she was a teenager. “I just came up with it,” she told us. As she grew older, the name was always hanging in the back of her mind: “Someday, if I have a girl, I’m going to name her Cinnamon.” While she knew the name was never a given — “I didn’t even know if I would someday find a husband who would agree to that name!” — the name stuck with her.

When Marlene was pregnant with her fist child, she and her husband decided to keep the gender of the baby a surprise. They pored over baby books, creating lists and matching them to see their favorites. If the baby was a boy, they decided on the name “Joran.” But picking a girl’s name ended up being a challenge, though not because of Marlene’s husband — he really liked the name “Cinnamon.”

It was Marlene who started to get cold feet as she got closer to her due date — could she really give her daughter such a unique name? She found herself leaning toward the name “Cassandra,” an equally powerful, though certainly much more common moniker. When a family member suggested “Sandy” as a possible nickname for Cassandra, Marlene’s mind was instantly made up. She didn’t care for nicknames, and so the baby, if born a girl, would be Cinnamon Lee. Marlene and her husband chose Lee as a middle name because it was short, and they were already saddling their baby with so many letters in her first name.

When they announced the name, Marlene says they got a lot of surprised and shocked reactions from people, and she heard, “I can’t believe you’re doing that,” more than once. Perhaps the best reactions though, were from Marlene’s oldest friends. They knew she had the name picked out for years. “You really did it, didn’t you,” they told her.

But it didn’t take long before the name Cinnamon fit their daughter perfectly, and now Marlene says no one can imagine Cinnamon by any other name. Especially given Cinnamon’s creative background, Marlene says the name actually suits her better than any other name would. While there have been the occasional jokes — many people suggested that Marlene name her second daughter, Mandi, “Nutmeg” or “Ginger” — and a few turned heads in public, Marlene says she wouldn’t trade it for any other name.

Cinnamon says, “I love my name! There was never a time that I didn’t… I think that it played a huge role in defining me, and weirdly enough, has taught me a bunch about people over time based on the way they react to it. A lot of people love it, some people (usually men) are skeptical of it, and assume that I’m giving a fake name, sometimes even go as far as to demand to see identification as if I owe them that. It’s a really funny thing to observe.” Cinnamon says that as she’s grown older, she loves her name even more. “It’s just always been a part of who I am and I think it set me up to stand out from the crowd a bit and to be okay with being a little different from an early age.”

She plans on giving her kids creative baby names, telling us, “Nothing so bizarre that it’s incomprehensible, but I think I’d strive for something unique. I’d hope my kids would find the same empowerment in it that I did, and if they don’t like the name, they can always adopt a nickname or even change it legally if they’d like. Haha!”

Would you choose a creative baby name for your child? Let us know what you think in the comments.

Do you have a creative baby name? Email hello@brit.co for a chance to be featured!