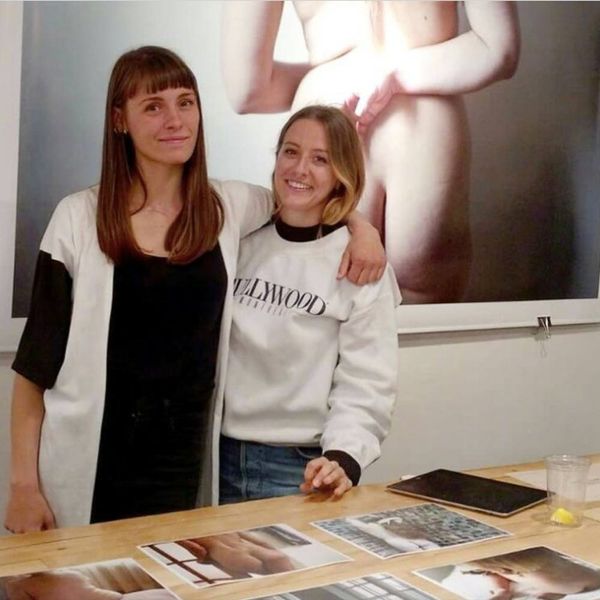 Everywhere we turn, we are bombarded with hypersexualized images of women in the media. In 2006, the American Psychological Association developed a task force which uncovered one major consequence of this among young women: increased feelings of shame toward their own bodies. This is why Emilie Mercier and Frédérique Marseille, two artists from Montreal, Canada, are photographing 1001 women’s backsides — to help them embrace their naked bodies and celebrate their beauty. The project is fittingly called 1001 Fesses (translated to “1,001 Butts” in English).

The pair, who have been best friends since they were 12 years old, developed the project in November 2014 as a way of navigating their own body image issues. As Marseille explains, she and Mercier began by deciding to take photos of their own bums to document how their bodies had changed from childhood to adulthood, and to embrace those evolutions. The experience turned out to be a revelation.

“It was really profound, intimate, and authentic,” Marseille tells us over email.

From there, the pair were inspired to meet other women to share in the experience. Since then, Marseille and Mercier have captured over 600 bums from across North America. Women of all ages, sizes, and races have eagerly volunteered to model for the project.

The project has been documented on Instagram, and public feedback has been overwhelmingly positive. The account has received many private messages from women who say the images have helped them embrace their own bodies.

“Many have said this project feels refreshing compared to the abundance of fake bodies we receive in the media,” says Marseille. “I think this has shown that the project helps other feel better about their own body and helped them reconnect with their own beauty.”

To date, they have built a large following on social media, with over 22,000 followers on Instagram. But like many body-positive photography accounts, they have had to be careful about the images they post to ensure they don’t violate the social platform’s nudity guidelines.

“We are always scared the account will get shut down,” says Marseille, explaining that they have to censor some images with hearts or other emojis to stay within Instagram’s terms of service.

As the project gains popularity, the pair hopes to photograph bums everywhere. Marseille and Mercier are currently crowdfunding to take the project global, with potential stops in Japan, South Africa, Chile, and Finland. But first up, they will be making stops in Toronto and Vancouver, Canada, where they hope that many women will join in on the cheeky lovefest.

What do you think of this project? Tell us @BritandCo!

Amanda Scriver
Amanda Scriver is a passionate storyteller and body image advocate based out of Toronto, Canada. When she isn't writing for various publications, she finds time to Keep Up With The Kardashians while partaking in life's greatest pleasure: the chip buffet. Don't ask her what her favorite restaurant is, it's complicated
Body Positive
Body Positivity
Body Positive Every Body
More From Body Positivity

14 Page Turners for the Book Lovers on Your List