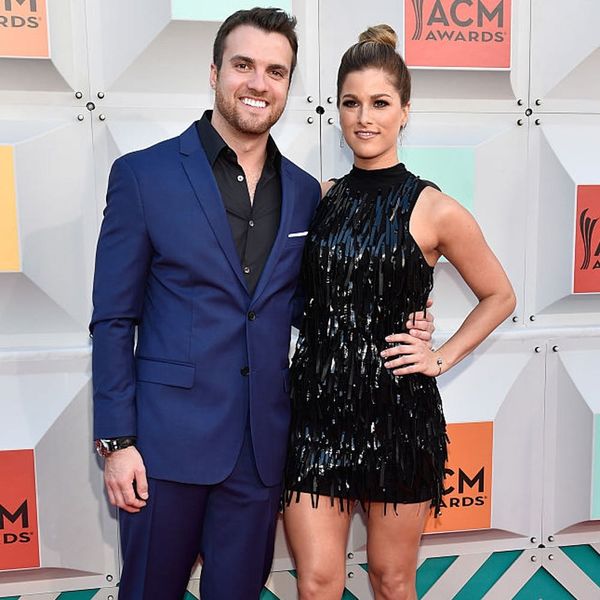 Country darling Cassadee Pope (did you catch her on the ACM red carpet?), who you probs remember most as the winner of The Voice season three and a proud member of Team Blake Shelton (who was on hand yesterday to watch co-star Adam Levine get his own Hollywood star on the Walk of Fame), got engaged last night (!) and, lucky for us, she’s decided to share the happy news with her fans with a little help from Instagram.

Taking to social media soon after she said “YES!,” the songstress posted a selfie in which she can be seen showing off her blindingly bright engagement ring and kissing her longtime boyfriend (now fiancé!) and fellow musician, All Time Low drummer Robert Rian Dawson. “WE’RE ENGAGED” she gushed in the caption, followed by a million heart emoji.

Her cutie beau shared the same photo on his Insta feed, writing: “The love of my life is now OFFICIALLY the love of my life. Never been happier. :)” Aww! 27-year-old Cassadee, who won The Voice in 2012 and recently returned to perform on the show, has been dating 29-year-old Robert since 2010. Clearly, they’re in it for the long haul!

But before she can jump into planning her wedding, Cassadee has some very important business to take care of this Sunday night: likeeee walking the red carpet at the Grammys (which are making a historic trans-positive move this year) and possibly going up on stage to accept the award for Best Country Duo/Group Performance for “Think of You,” her duet with Chris Young.

Are you a fan of The Voice? Tweet us @BritandCo.