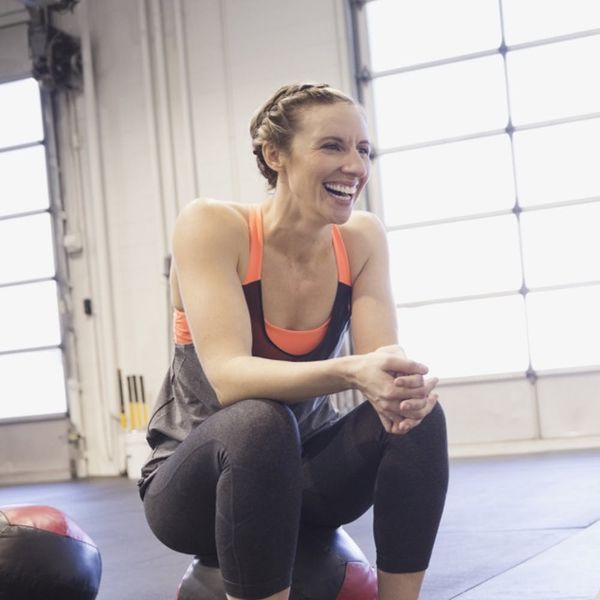 It doesn’t matter whether you’re a celeb trainer, the fittest person at the gym, or relying on easy YouTube workouts at home: Staying motivated to exercise can sometimes be harder than the actual sweat session. While we all want to reap the rewards of a solid workout, it’s no surprise that we don’t always want to log the miles or do the reps. The site EllipticalReviews.com conducted a survey of 2,000 Americans to shed some light on just how far people would go to get a fit body without exercising for it. The results are in, and let’s just say they are v. funny and v. relatable.

For starters, the survey found that almost half of Americans would rather watch C-SPAN for a whole day than run an entire marathon. Other things Americans picked over running 26.2? Shaving their heads (42 percent), gaining 10 pounds (34 percent) and giving up seeing their immediate family for six months (26 percent). There were a few differences by gender too: For example, 20 percent of guys said they would officially change their name to Trump to dodge a marathon, while only 16 percent of ladies would do the same.

When it comes to food and booze, though, people are way less willing to give up their favorite snacks. Only 37 percent of Americans are willing to say see ya later to their cocktails in exchange for the perfect bod, while a staggering one in four said they would give up cheese. Which, TBH, I completely understand.

Because it always comes down to the dolla dolla bills y’all, the survey also looked into which states would need the most money to be convinced to run a marathon. The gold medal winner? The folks in South Carolina, who say they would need a whopping $211,059 to cross the finish line. (That’s over $8K per mile!) Quite a difference from their counterparts over in Arkansas: They clock in cheapest at a mere $1,425.

As much as we all wish we lived in a world where simply (“simply”) giving up pizza would give us rippling abs, we’re stuck with reality. Besides — if we didn’t get to the gym, how would we get that runner’s high or our feeling of post-workout bliss? You can dream on, but you’re gonna have to keep sweatin’ on too.

What would you do rather than work out in order to get a fit bod? Tweet us @BritandCo!

Kelsey Nelson
Kelsey Nelson is a born-and-raised Ohioan living life in South Carolina. She thrives at binge watching Netflix, contemplating what to order at the bar and running any trail or road she can get her feet on. In addition to being a Brit + Co contributor, she writes about southern pleasantries, DIY mishaps and more at North Living South. If she isn’t writing or running, she’s off adventuring with her husband Brad and their Lab/Dachshund mix, Gordy.
Fitness
Health
Fitness study Workouts
More From Health