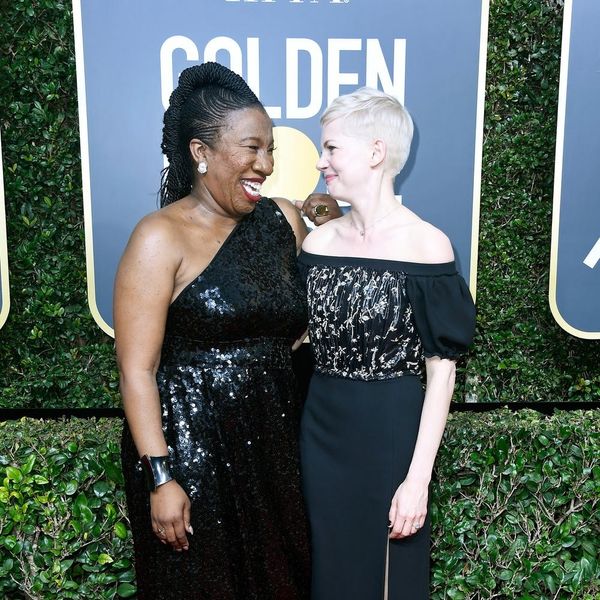 Unlike Golden Globes of years past, the 2018 Golden Globe awards conveyed a more somber, political component in support of the #metoo movement, which swept the entertainment industry at the end of 2017. Virtually every actress (and actor) who attended this year’s Globes wore black as a symbol of solidarity for the movement, yet a few particularly dedicated attendees took their support a step further: Eight actresses brought female activists — who work to end violence, sexual harassment, and inequality in the workplace — as their dates.

“As longtime organizers, activists, and advocates for racial and gender justice, it gives us enormous pride to stand with the members of the Time’s Up campaign who have stood up and spoken out in this groundbreaking historical moment,” the women said in a collaborative statement. “Our goal in attending the Golden Globes is to shift the focus back to survivors and on systemic, lasting solutions. Each of us will be highlighting legislative, community-level, and interpersonal solutions that contribute to ending violence against women in all our communities,” they continued. “It is our hope that in doing so, we will also help to broaden conversations about the connection to power, privilege, and other systemic inequalities.” (Photo via Steve Granitz/WireImage)

We’re so glad that Hollywood celebs are sharing the spotlight with these incredible women.

What do you think about the choice to spotlight female activists on the carpet? Tweet us @BritandCo.