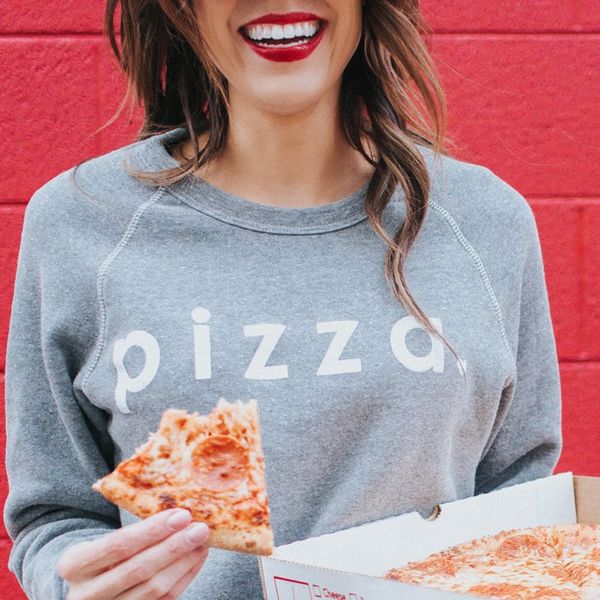 Game day is here; Super Bowl LI is just hours away and that means you’ll soon be enjoying all. The. Food! As you prepare your must-have appetizers and pick up all the final essentials you’ll need for a delicious Super Bowl dinner party, you may be wondering about the, err, nutritional aspect of today’s big bash. (Unless, of course, you’ve decided to follow these nutritionists’ advice for eating healthy on Super Bowl Sunday!)

If, however, you’re currently whipping up tasty meatball recipes galore and laying out countless dips (guilty!), you’ll be happy to know you’re not alone. Far from it, in fact. According to Lose It!, an app that helps you achieve your health and wellness goals by tracking “your meals and moves,” Super Bowl Sunday is actually “the first major calorie spike in any given year.”

By compiling user data from “3 million+ monthly active members” gathered during last year’s big game, Lose It! found that its users actually logged an astounding 8.7 million calories more than on any other Sundays in January and February! We knew we were all indulging a liiittle, but DANG!

So what was everyone noshing on during Super Bowl 2016? It was pretty much exactly what you’d expect: According to the app’s research, Buffalo chicken dip came in first place with chicken wings at a close second, followed by French onion dip, guacamole and Baked Scoops tortilla chips rounding out the top five. What we weren’t expecting to see were breakfast staples such as scrambled eggs and pancakes ranking eight and ninth. Go figure!

It wasn’t all solid cals, though: All of those delicious snacking options were most commonly washed down with an ice cold Bud Light, the top logged bear during last year’s game.

If this year goes anything like last, we mighttttt want to get an extra workout or two in this week. Now, excuse us as we get back to our avocados.

What’s your No. 1 Super Bowl party staple? Tweet us @BritandCo.

Barbara Pavone
Barbara Pavone is a pop culture-obsessed writer based in beautiful (but ridiculously cold) Montreal, Canada. When she's not working, she's sipping on a Pimm's Cup and daydreaming about her celebrity hero, Saint West.
Super Bowl
Entertainment
Super Bowl
More From Entertainment