‘This Is Us’ Midseason Premiere Recap: The Pearsons Let It All Out in Therapy 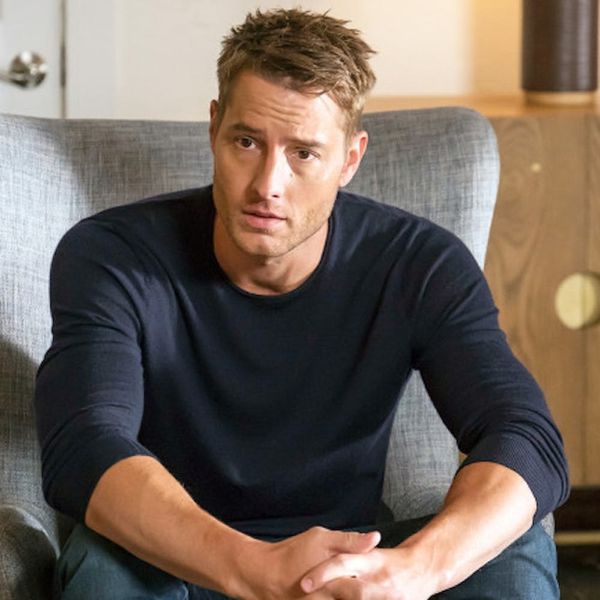 It’s been a month since This Is Us has graced our television screens, and the Pearsons returned with a bang — an emotional bang, that is. The midseason premiere hour pulled no punches when it came to our feelings, sending the Pearsons (and us) into an intense therapy session. All in all, it was probably needed for the Big Three, but that doesn’t mean it was easy to watch.

We’ve jumped ahead a month in the present day from where the finale left off (with Kevin the recipient of a DUI, Kate recovering from her miscarriage, and Randall having lost his foster child, Deja). Kate and Randall are preparing to see Kevin (who’s in rehab) for the first time since that fateful day. Kate, for her part, feels the twin guilt of not realizing Kevin was in such a dark place and not talking to him for so long. Randall, on the other hand, is trying as hard as he can not to resent his brother for putting his daughter in danger. Beth is more blunt about her feelings— she doesn’t think Kevin should be helped at all. But Randall, to his credit, knows his brother was there for him at his lowest point, so he needs to return the favor.

When the family arrives, Kevin seems fine — smiling and at ease. He introduces them to his therapist, Barbara (Kate Burton), who makes it clear that this is strictly a Pearson event. So Toby, Miguel, and Beth head to the bar, because why not? Plus, a bar sounds like a much better time than a combative therapy session.

Back in the past, we return to that fateful day when Jack took his children camping. All of the kids are in various stages of insecurity: Kate’s weight is getting the best of her, causing Rebecca to be concerned and Jack to be defensive; Randall is adjusting to wearing glasses; and Kevin is feeling increasingly left out of everything around him, despite his football fame. Rebecca insists that her daughter is obsessed with food to an unhealthy degree, which Jack denies. When he tries to get the twins involved in a flag football game for exercise, it turns into a talk with Kate, which causes Kevin to feel left out again. This leads to Kevin “acting out” by throwing a football at Randall and hiding his glasses.

In the present, Kevin apologizes for what he put his family through with his “low point.” But when the therapist presses him to think about where his issues might have come from, things get ugly. This is not just about his inability to process Jack’s death. This is Kevin finally getting brutally honest about everything he’s been through since he was a kid. He blows up about how he feels like the “fifth wheel” of the family, second to both Kate (beloved by Jack) and Randall (beloved by Rebecca). He says he tried to replace his feelings with things, like acting and football, but nothing helped. And then he says addiction runs in the family because of Jack, and drops the bomb that he’s not the only addict: Kate has an addiction to food.

Rebecca does her best to defend her parenting choices, while Randall, surprisingly, defends Kevin — but also agrees with his mother, saying he was there for Kevin’s childhood and he doesn’t believe Kevin is an addict. It’s a hard scene to watch, because you feel like you’re getting a window into something you’re not supposed to see. It gets worse when Kevin tries to get Rebecca to admit that Randall was her favorite child. An emotional Rebecca breaks down, telling Kevin that at least Randall didn’t abandon her after Jack’s death, and OUCH. (This adds more layers to Jack’s death, as we’re slowly learning what happened to the Big Three following that fateful funeral.)

Back in the past again, Rebecca visits Kevin at the cabin in an attempt to make things right with him. We see a glimpse of what Rebecca has alluded to, even though it’s before Jack’s death — Kevin pushing people away — and that’s hammered home when he wakes up in the middle of the night, scared of a storm. When he goes to his parents’ room, he finds everyone sleeping in the same bed…so he sleeps on the floor.

In the present, Kate goes to talk with her brother following the therapy session, and he admits she’s right about how Jack’s death affected him. Kate, in turn, says that she does have a problem with food, tied to her childhood memories of Jack when they would go out for ice cream together. Randall eventually joins the sibling forgiveness train, too, acknowledging that he forgives and respects how differently they grew up. The hug they share is warm and calming, but you don’t forget what they went through to get there.

Rebecca and Kevin reconcile, too. Kevin backtracks, saying he didn’t have the unhappy childhood he thought he did, and his mother assures him that they had more of a connection than he thinks, despite very public displays of affection toward her other children. Indeed, when we flash back to the cabin again, we see Rebecca waking up in the middle of the night to find Kevin on the floor. And she gets up and sleeps beside him, a mother protecting her son, no matter what.

Andrea Towers
Andrea Towers is an entertainment writer whose work has appeared in Bustle, Variety, Paste Magazine, Mashable, and more. She loves celebrity life, coffee, superheroes, and crying into her wine glass over really good programming. She lives in New York, and was previously a writer and editor at Entertainment Weekly. You can find more of her pop culture ramblings and thoughts on Twitter at @_atowers.
TV
TV
TV TV Recaps