This Study Will Change Everything You Think About Screen Time 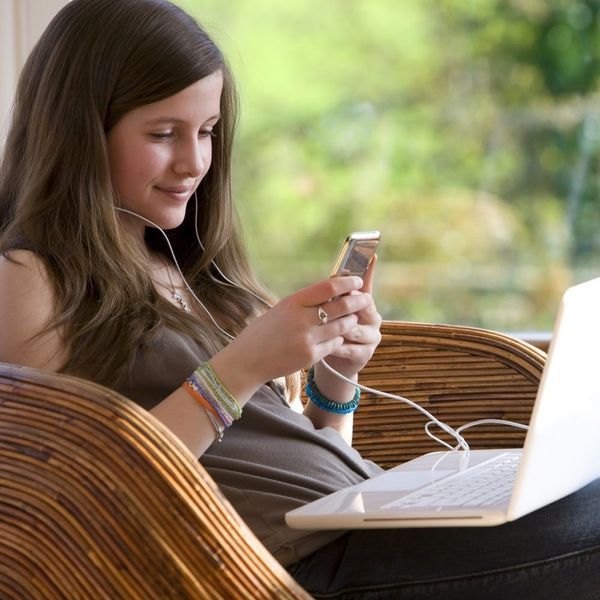 Binge watching may be good for adults, and, sure, live-tweeting your happiness, anger and feels during your fave TV season finales creates shared experiences with other superfans. But while we grown-ups are obsessed with the many apps on our smartphones, one study says that for middle school kids, texting while watching TV may be detrimental. On average most people only use three apps on a frequent basis, but media multitasking — such as texting while watching TV — can affect academic scores.

The study, published in the Psychonomic Bulletin & Review, surveyed 73 eighth-grade students in the Boston area, asking questions about how many hours of television they consumed, how long they played video games and how often they text or instant message. The students were asked how many times they combined those activities, and then their working memory, vocabulary and impulsiveness were tested. Researchers also took a look at the students’ scores from the 2012 Massachusetts Comprehensive Assessment System in English and math.

On average, students spent a whopping 12 hours a week watching television. When comparing test scores, working memory and impulsiveness, the researchers found that students who media multitasked the most did worse academically than their peers who averaged less time. Looking at previous findings when studying similar behaviors in adults, the researchers concluded that these types of media multitasking behaviors are firmly established by adolescence.

So while many of us can be caught using Facebook to react to the latest Game of Thrones, it seems better to keep kids focused on one task at a time. We could all use a mini-vacay from our phones anyway.