This Weird Tree-Based Drink Is the New Kombucha 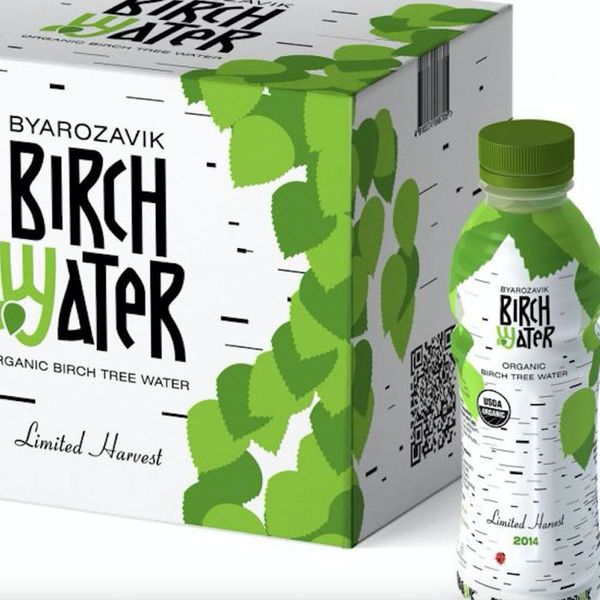 Have you ever thought about how emotionally exhausting it can be to try to make the right food and drink choices? This week was a prime example. Just a couple of days ago, we learned that the supposed wonder product that is coconut oil isn’t quite as healthy as we thought it was. Adding insult to injury, that news came right after we heard that a study promoting the healthy attributes of pasta was probably not to be trusted. What exactly is a health-conscious gal expected to do, you ask? One way to soothe our heartbreak is to move on to the next big thing. Right now in the beverage world that thing appears to be birch water.

Touted by some as the “next coconut water” or “the new kombucha,” this low calorie elixir is expected to become the next beverage to make its way from hippie health co-op grocers to mass-market shelves. Already, popular brands like Byarozavic ($42 for a 12-pack) are available for purchase online.

So what exactly IS birch water, you ask, and does it taste like a tree? Simply put, it’s a tea-like beverage made from tapped birch tree sap — kind of like maple syrup. But unlike maple syrup or the sticky sap from an evergreen tree, it’s runny in consistency so you can drink it in its natural form. At only five calories per 100ml, the slightly sweet and herbal-tasting beverage is also extremely low-cal and loaded in potentially cholesterol-lowering saponins. Some folks, like our friends at PureWow, are even going so far as to describe this wonder drink as “delicious.”

Are you curious yet?

Here’s where we make our little confession. Over at Brit + Co HQ in San Francisco, one of the nation’s cradles for hip health movements, the verdict is out on the actual deliciousness of birch water. A few of our editors tried it and they were not exactly impressed with its taste. I know, shocking. But not everyone is going to love everything. Try it yourself and let us know YOUR thoughts on Twitter at @britandco!

Kelli Korducki
Kelli is Brit + Co's Senior News Editor. Her interests include sensible footwear and glasses that take up 25 percent of her face.
Food News
The Conversation