Yikes! Turns Out Coconut Oil Is Not As Good for You As Everyone Thought 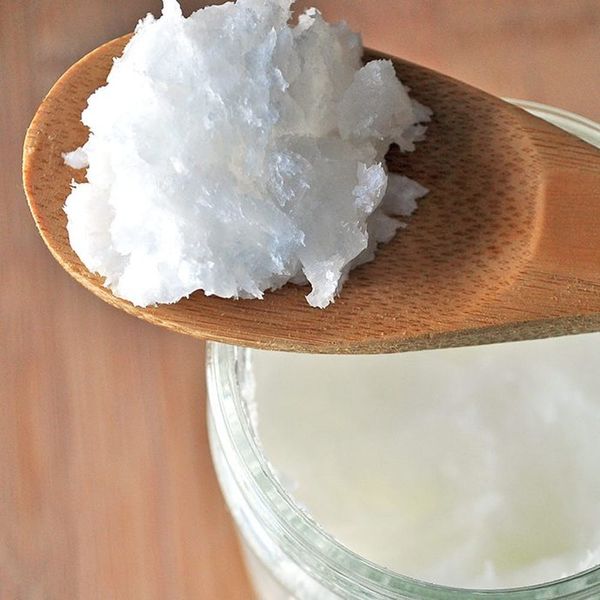 Coconut Oil is super popular these days, and fast becoming a staple in kitchen cupboards and beauty routines. “Oil pulling” has become a celeb-approved way to clean and whiten teeth, and the stuff is a key ingredient in some of our fave beauty products AND tasty snacks. But now it turns out that coconut oil might not be as good for us as we’ve been led to believe. Check out the deets you need to know before making your next batch of coconut oil-based cookies.

The New York Times has just released a survey conducted by the Morning Consult, and it gives us some pretty important info about our beloved coconut oil. In the survey, 2,000 participants (including 672 nutritionists and members of the general public) were asked about food they considered to be healthy. Coconut oil was generally considered to be a healthy food by the non-nutritionists, with 72 percent saying they felt it was totally healthy. Of the nutritionists, on the other hand, only 37 percent responded that coconut oil was a healthy choice.

So what the heck is happening here?

Dietitian Alissa Rumsey, MS, RD, a spokesperson for the Academy of Nutrition and Dietitics, explained to Elle, “While coconut oil shouldn’t necessarily be classified as unhealthy, it doesn’t quite live up to the healthy hype either.” Uh-oh. She clarified, “Coconut oil has 14g of total fat per tablespoon, 12 of which are saturated. The American Heart Association recommends only 13g per day for a heart-healthy lifestyle.”

If you’re now prepping to toss your coconut oil in the trash, hold up! Alissa assures us, “It’s fine to add small amounts to your diet as a fat source but you should also focus on eating polyunsaturated and monounsaturated fats found in plant-based oils like olive oil, nuts, and seeds.”

Everything in moderation, as per usual.

Desiree O
Desirée O is a ‘Professional Bohemian’ who loves anything and everything related to the arts, entertainment, and pop culture. She ADORES being a ‘Newsy’ for Brit + Co, covering all of the latest tidbits of awesomeness that you want to read about. When she’s not writing, she’s either making messy art, going on long adventurous walks with her camera, or poking around over at bohemianizm (http://www.bohemianizm.com/). You can find out about Desirée O and her work at http://DesireeO.com/ or follow her on Twitter @DesireeO.
Healthy Living
Entertainment
Healthy Living