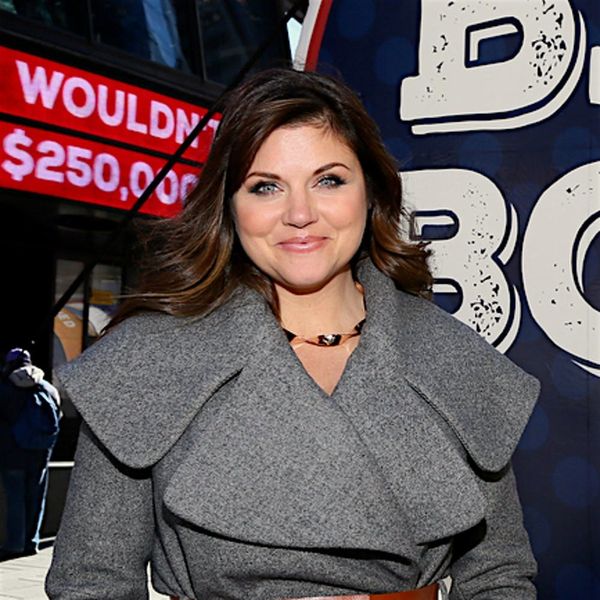 Since leaving the halls of Bayside High and moving away from one very famous zip code, Tiffani Thiessen has taken on several new roles. Tiffani is the host of her own cooking show, a wife, an actress, a lifestyle blogger and the mother of two adorable kiddies — five-year-old daughter Harper Renn and son Holt Fisher, who was just born in July (psst… check out his adorable Star Wars inspired nursery). We caught up with Tiffani while she was in New York for Quaker’s launch event promoting the Bring Your Best Bowl Contest, and we got the scoop on where she got the inspiration for her adorable baby name.

Turns out Holt is actually a family name — specifically from her husband, actor/artist Brady Smith’s side of the family. “It was a last name on my father-in-law’s side of the family,” Tiffani said. “We’ve always loved it.” She also mentioned her six-month-old son was asleep in the car: *cue the awws.* Apparently, the actress and her husband had their eye on the name long before either of their kids were a twinkle in their eyes. “We pretty much had that name picked out way before we even started trying to have kids, not knowing if we’d have a boy or girl first, so we had it reserved,” Tiffani told us. “Of course, we had a girl first. Holt is a family name and Fisher is a name we’ve always loved. We even thought about naming him Fisher Holt, but because we had Harper first, we of course switched it around.”

As for her other baby — her cooking show Dinner at Tiffani’s on the Cooking Channel — Tiffani is gearing up for a bigger season than ever with 16 episodes and a slew of celebrity cameos, including — not to drop names or anything but — Mark-Paul Gosselaar (!!) and his lovely wife. We asked Tiffani where she learned her cooking chops. “It definitely started with being in the kitchen with my mother and my grandmother,” she said, “and my aunts were all great home cooks. I just took notes from them, but I want to say, my love of food came from traveling at a young age and touring for shows I’ve been on in the past, [going] to Europe and getting a love of different types of cultures and different types of food. Then it went into another phase where it became more about being creative in the kitchen for my own family and my husband and my kids.”

And creativity is the name of the game for Quaker’s latest contest that encourages people to submit their two to five ingredient oatmeal flavors that are, in Tiffani’s words, “as creative and fun as possible.” The winner gets $250,000 (“That’s the second closest thing to the Powerball right now,” Tiffani joked) and have their creation serve as the inspo behind Quaker’s new oatmeal flavor. Tiffani’s own faves are the raspberry lemonade flavor and “the tomato dip and grilled cheese one because it’s such a different kind of oatmeal. A lot of people don’t think about oatmeal as savory. They think of it as sweet.”

So go get creative, folks!

Did you give your baby a family name? Tweet us @BritandCo!