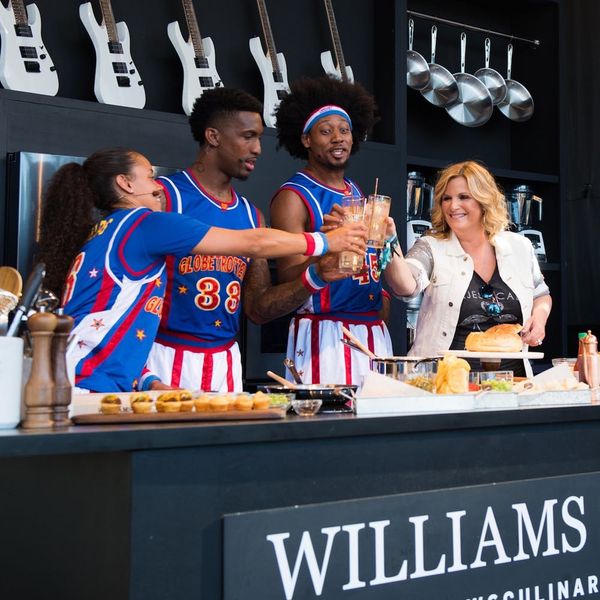 Trisha Yearwood claims to have “lost her filter” as she’s gotten older (we can confirm her candid storytelling put “tailgating with Trish” at the top of our bucket list), but the celeb certainly hasn’t lost one bit of her “American Girl” charm. The country-music-queen-turned-Food-Network-host effortlessly entertained a cheering crowd at the BottleRock Music Festival in Napa during her live cooking demo at the Williams Sonoma Culinary Stage.

The singer invited along some “high-profile ballers” — the very tall and talented Harlem Globetrotters who appear in the new season of Trisha’s Southern Kitchen. But before Yearwood slam-dunked her dishes, she answered questions in the media tent, sharing insights about her life on the road with husband and fellow country icon Garth Brooks plus what to expect from her show’s latest season AND her next album:

If you’re drinking one of Yearwoods’s Summer in a Cup, tag us @BritandCo on Instagram.