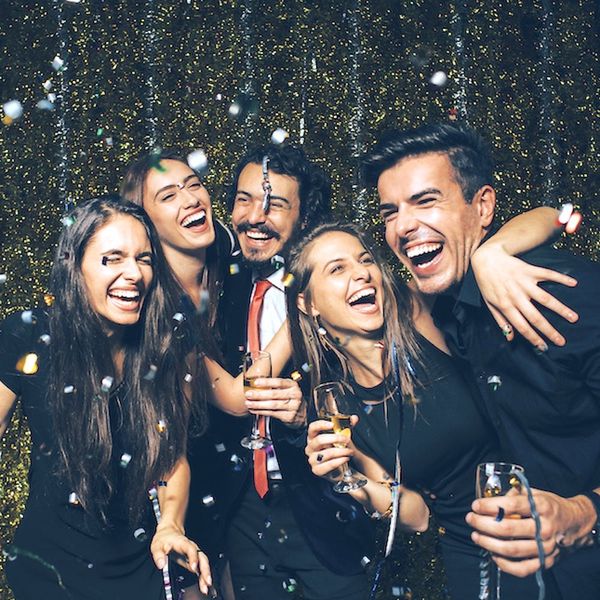 The new year is almost upon us and it’s time for reflection, self-improvement and turning over a new leaf. But before we get to that, we need to spend New Year’s Eve doing it up real BIG with plenty of confetti, fireworks, glitzy accessories and lots and LOTS of bubbly… and possibly spending the day after nursing our hangovers. Some cities definitely party hardy on NYE more than others. Trulia, an online residential real estate site, crunched all the numbers on their site to determine which metros are most likely to go all out on New Year’s and the results might surprise you.

Congratulations, San Francisco. You’ve won the title for both hardest partying city on NYE and also most hungover the day after. Trulia sourced their data by measuring the number of “nightlife establishments, bars, comfort food restaurants, drugstores and breweries per 10,000 households” in order to figure out which cities partied the hardest and San Francisco has 41.7 on average of thoese and 28.8 of just poppin’ nightlife hotspots (cue DJ Snake’s “Turn Down For What”). The same data also listed the town that is least likely to rage, which is *whomp whomp* Birmingham, Alabama.

The city most likely to recoup quickly post-partying is… Worcester, Massachusetts. This number was determined by the number of drugstores and comfort food restaurants per 10,000 households, and Worcester has 17.2 of those.

FYI, best remedy to preventing a hangover is moderation and hydration. Happy 2016!

What are your New Year’s plans? Tweet us @BritandCo!

Kimberly Wang
Kimberly Wang writes about all things pop culture, tech, style, and beauty. She's a Bay Area transplant and has an MFA in Creative Writing from Columbia University. On a sunny New York day, you can find her hanging out with her mini schnauzer Isabelle Jellybean on a blanket in Central Park.
new year
Party
new year New Years Eve