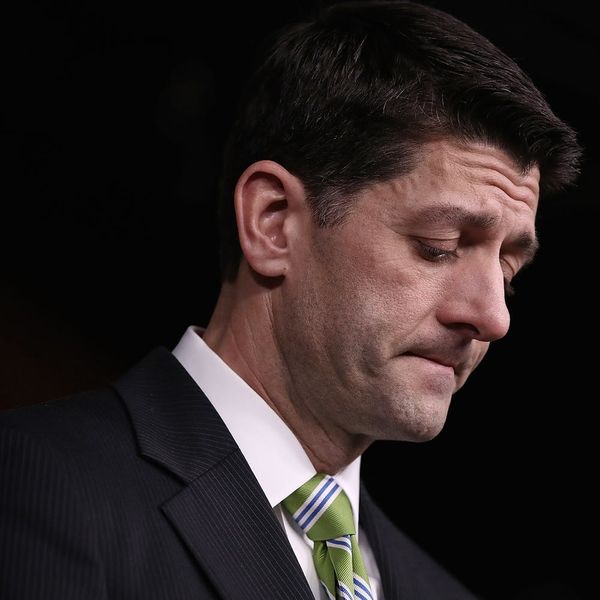 The initial reveal of a potential new Republican Health Care Plan that would replace the Affordable Care Act (i.e. Obamacare) left both parties less than thrilled, as Obamacare patients and women around the country worried about the effects Trump’s proposed American Health Care Act (AHCA) could have on them directly.

The many uncertainties and questions surrounding (AHCA) have ultimately resulted in its undoing, as the plug was officially pulled on Trumpcare just after 3pm yesterday when it was made clear that it simply would not receive enough votes to pass.

I want to thank @POTUS, @VP, @SecPriceMD, & @HouseGOP members. There remains so much we can do to help improve people’s lives. And we will. pic.twitter.com/JYxgAp9oFn

Speaker of the House Paul Ryan was tasked with addressing the news at a press conference, explaining that, “moving from an opposition party to a governing party comes with growing pains. We came really close today. But we came up short.” Visibly upset, Ryan went on to add, “I will not sugar coat this. This is a disappointing day for us.”

Today was a victory for all Americans. pic.twitter.com/LX6lzQXtBR

Meanwhile, Hillary Clinton saw the news in another light, responding to the news with a powerful tweet captioned “Today was a victory for all Americans” in which she wrote: “Today was a victory for the 24,000,000, people at risk of losing their health insurance, for seniors, for families battling the quiet epidemic of addiction, for new moms and women everywhere. Most of all, it’s a victory for anyone who believes affordable health care is a human right.”

It’s unclear if a new incarnation of Trumpcare will make it to vote in the future, but Paul Ryan did end his press conference by conceding that “Obamacare is the law of the land. It will remain the law of the land until it is replaced. We will be living with Obamacare for the foreseeable future.”

What do you make of the AHCA’s downfall? Tweet us @BritandCo.