This Is the Best Reason to Turn Off Your TV 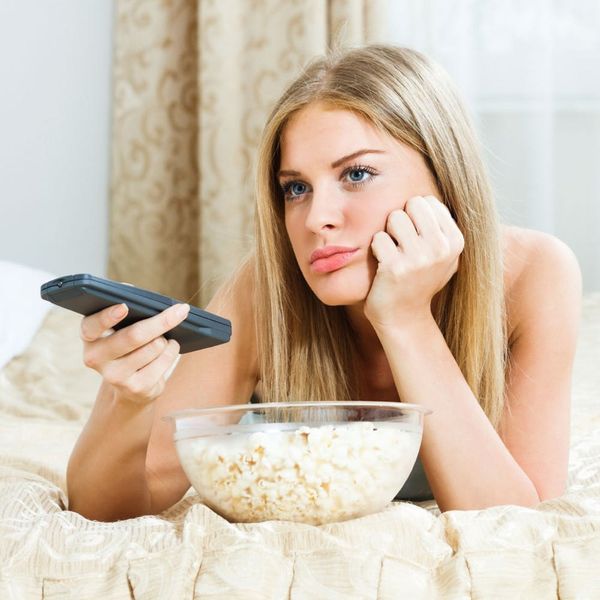 The world has been feeling the body positive love lately. From body positive Youtube channels to blogs that inspire #selflove to body positive health and fitness books, we’ve got a lot of options for entertainment sans body shaming. But one medium that still needs a lot of work? Television. A new study out of Newcastle University directly links TV exposure to women’s body ideals.

Researchers surveyed people in villages in Nicaragua, asking them how much television they watch regularly. Then, the researchers had them rate images of women on a scale of one to five. What they found was that people with the most access to TV preferred thinner women, and those with the least access preferred women with higher BMIs. They also found the same correlation between access to TV and whether or not someone was dieting or trying to lose weight. Whoa!

“Our data strongly suggests that access to televisual media is itself a risk factor for holding thin body ideals, at least for female body shape, in a population who are only just gaining access to television,”said Dr. Lynda Boothroyd, co-leader of the study, in a news release. “For now, most people in the rural sample still hold body ideals within the healthy range. However, the fact that body shape ideals may mediate a link between television access and weight loss attempts in this population suggests we could potentially see the same kind of patterns play out here in the long-term as in the West.”

The authors also point out that body dissatisfaction levels in the West are incredibly high, with about 50 percent of girls and young women reporting being unhappy with their bodies. Eesh. Maybe we should turn off The Bachelor and pick up one of those body positive books?

Do you think TV influences how you feel about your body? Tweet us your thoughts @BritandCo!

Kylie Kendall
Kylie is a freelance writer living in Ottawa, Canada. When she's not writing, you might find her scoping out all-day breakfast spots in her city or taste-testing every bottle of red wine under $10.
Body Positive
Health
Body Positive study Womens Health