The Body Positive YouTube Channel You Should Be Watching 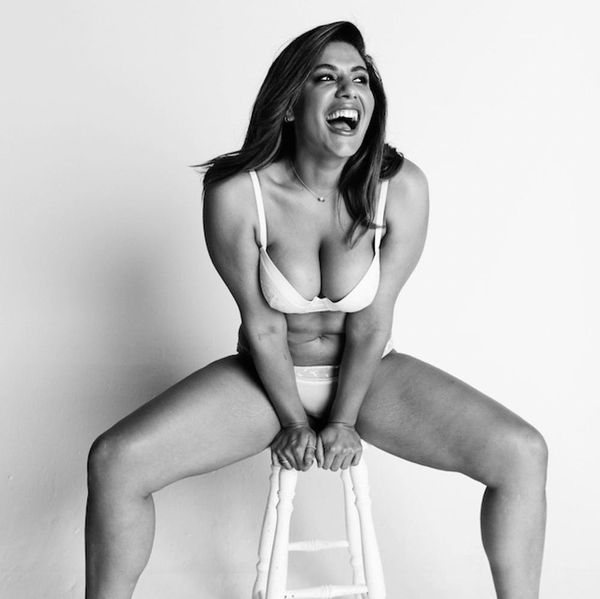 Here’s a major understatement: The media, modeling and entertainment industries have long been something of a minefield on the topic of body image. Mixed messages are aplenty, and few people in the spotlight have really tackled the issue head-on in a public and intelligent way (although we must admit, Amy Schumer‘s off to a super strong start, and body diverse campaigns are finally becoming a thing with major retailers). But now, a new YouTube channel is working to open up a dialogue about the pressures a lot of women face when they’re not considered thin by industry standards.

The channel, called #ProjectWomanKIND, describes itself as “a web series all about exposing the honest, real and raw conversations that women have with themselves and their girlfriends about their bodies EVERY SINGLE DAY. It is about challenging ideals, inspiring healthy attitudes and smashing down society’s narrow definitions of what it means to be truly BEAUTIFUL.” It features Australian models Jessica Vander Leahy, Olivia Langdon, Sophie Sheppard, Stefania Ferrario and Margaret Macpherson, all of whom talk openly and at length about how they’ve maintained their self-confidence in the face of an often judgmental industry (and world). The videos range in length from five to 15 minutes, each focusing on one of the five participants and her own unique perspective.

If she were able to travel back and share some words of wisdom with her younger self, Langdon says in her video, “I would tell my 16-year-old self that your sense of self worth is not relevant nor proportionate to your shape or your size, or of anyone else’s. I think that would have made my childhood much easier to take.” When asked in a separate video what advice she’d give her own daughter about her appearance, Margaret Macpherson responds, “I’d tell her… to listen to herself, listen to her body, and just be who she is and not try and be a chameleon for other people.”

But it’s not all glossy platitudes here. The women featured in the series open up about insecurities as well, and talk openly about their thoughts on beauty, bodies and the sliding scale of self-confidence. Stefania Ferrario and Vander Leahy, for example, drop a few F-bombs as they talk about obsessing over facets of their appearance and dealing with the complexities of working in an industry that often commodifies women. It’s a rare glimpse into the honest opinions of women who work inside the machine, so to speak, and who are challenging its boundaries and succeeding.

Launched this summer, the web series is just getting started. We’ll definitely be watching to see where it goes from here.

What about you? Do any of the videos resonate? Share in the comments section below.

Amy Lynch
Amy is a freelance writer and editor, telling the stories of progressive people and projects that move the world forward. Her work has appeared on The Hairpin, Refinery29, Citygram and more, and she's developed content for the likes of Alternative Apparel, Milkshake and Silvercar. She lives, works and plays with her fiancé and their dog, Bogey, in the weird, wild heart of Austin, Texas.
Body Positive
Health
Body Positive Plus Size