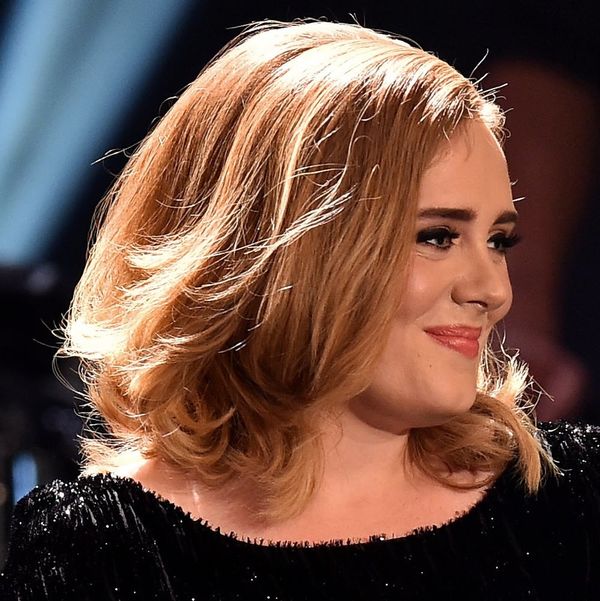 There are some who simply kan’t live without Twitter (Kardashians, we’re looking at you). And then there are others who would rather leave the Tweeting to the birds. Like Adele.

In a recent interview with I-D, the wise-beyond-her-years songbird chats about her no-thank-you temperament toward the 140-character method of oversharing, saying, “I think most people tend to give in to it because it is easier, but I just can’t. I’m uncomfortable with giving into that kind of thing.”

And though she’s had her fair share of Tweet-gret in the form of some drunk Tweeting, these days she keeps her feed more of a heartfelt hub of humility, rather than the narcissistic wasteland most of us are probably used to scrolling through.

Several other celebrities share Adele’s feelings about the site, including Emma Stone, Kanye West and multi-hyphenate Kate Winslet, who told the Sunday Times she doesn’t allow Twitter — or any social media — in her household anymore.

Well, they might be on to something. A study published recently in the Journal of Communication has found that the ubiquitous microblog specifically and its emotive immediacy are linked to some pretty unworthy qualities, namely negativity and big fat egos.

But here’s where it gets interesting. Your Tweeting device of choice makes all the difference in your tone. “We found evidence that users Tweet differently from mobile devices and that mobile Tweeting is informing new behaviors, attitudes and linguistic styles online,” study author Dhiraj Murthy, of Goldsmiths, University of London, writes.

Analyzing 235 million Tweets collected over a six-week period in 2013, Murthy and his colleagues found that messages sent from smartphones, rather than Web-based tweets, were, in the words of Carly Simon, so vain. Twenty-five percent more vain to be exact (with the platform’s latest innovation, the Twitter poll, we can probably expect that number to climb).

“Mobile phones have facilitated processes of personal transformation toward greater individualization,” Mark Deuze, professor of journalism and media at University of Amsterdam, The Netherlands, writes in his book, Media Life.

What’s more, the researchers found that people especially love to Tweet about themselves from their phones in the morning and late at night. “Though Tweeting is not suppressed midday, our egocentricity is. When we are at work or school, we may focus more on activities that are communal or we may not have time to Tweet,” Murthy writes.

So morning people and insomniacs just can’t deal. That’s somewhat understandable. But why is everyone so sour on Saturday nights? “There appears to be an unexpectedly large tendency toward negative Tweets from both mobile and Web sources on Saturday evening,” Murthy writes.

Here’s a thought: It’s Saturday. Get off Twitter and, hello, engage with others from the other side. Off the screen, that is.

DeAnna Janes
DeAnna is a freelance writer and editor who hails from Texas but now calls New York City home and a pair of felines everyday coworkers. When she's not putting thought to Google doc, she enjoys partaking in daylong pub crawls, can be found attending film festivals from Park City to Toronto, and dreams about one day becoming best friends with Ilana Glazer and Abbi Jacobson.
Kardashians
Pop Culture
Kardashians Study Twitter