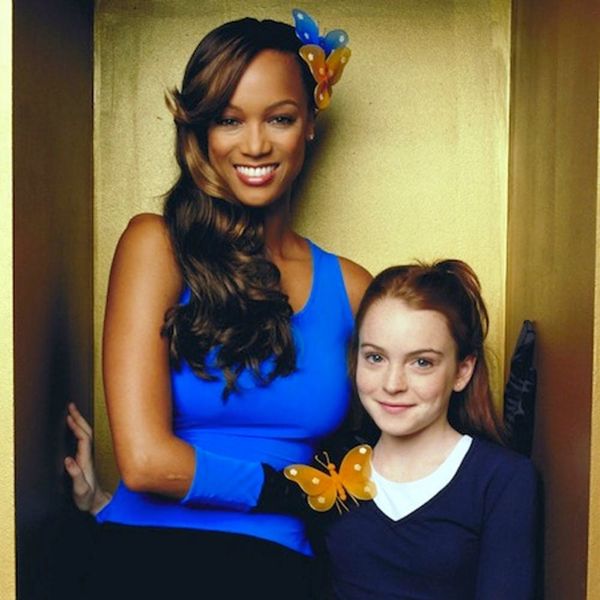 Tyra Banks may be the mama of a baby boy, but that doesn’t mean her career is slowing down in any way, shape, or form. In fact, the 43-year-old supermodel and reality TV host is gearing up for THREE major new projects that we couldn’t be more excited about. Not only will she be returning to her beloved Top Model (which no longer has an age limit, FYI) AND taking over Nick Cannon’s duties on America’s Got Talent, but she’s also bringing us a Life-Size sequel… with at least one major change.

The first (and probably most obvious) question about the sequel to Disney’s super popular 2000 film would be: Will Lindsay Lohan be coming back to reprise her roll as Casey Stuart? There’s no word on that yet, but we do know that there will be one thing about this story that’s very different.

Life-Size 2 will be a Christmas movie. Telling the story of our fave doll-come-to-life, Eve, the sequel will see her apparently grown up (do doll’s grow up?) and, according to MTV News, helping a young girl “learn to live and love again.”

Coming in December 2018 as part of Freeform’s 25 Days of Christmas lineup, we can’t wait to celebrate the holidays with Eve and remember back to when we could all “Be a Star.”

Are you excited for Life-Size 2? Let us know @BritandCo!

Desiree O
Desirée O is a ‘Professional Bohemian’ who loves anything and everything related to the arts, entertainment, and pop culture. She ADORES being a ‘Newsy’ for Brit + Co, covering all of the latest tidbits of awesomeness that you want to read about. When she’s not writing, she’s either making messy art, going on long adventurous walks with her camera, or poking around over at bohemianizm (http://www.bohemianizm.com/). You can find out about Desirée O and her work at http://DesireeO.com/ or follow her on Twitter @DesireeO.
Nostalgia
Movies
Nostalgia
More From Movies