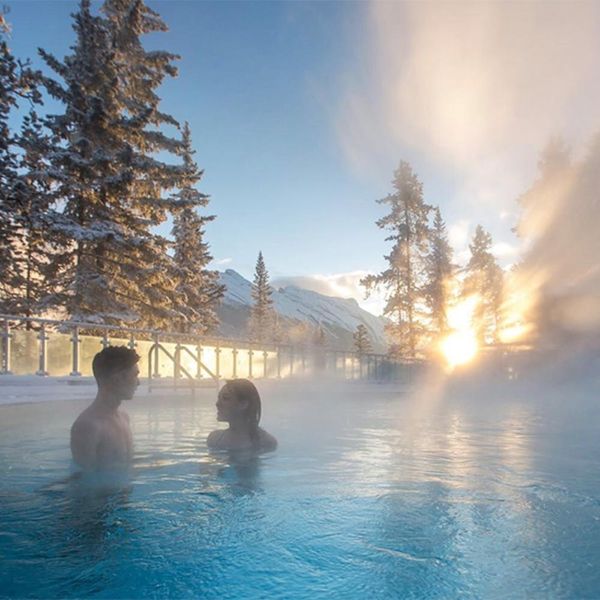 Throughout the hectic haul of wedding planning, you might be clinging to daydreams of a romantic honeymoon in paradise. And while a private island sounds great (and a six-month trip around the world sounds even better), after a pricey wedding, a budget-friendly honeymoon is a must. But can you find an beautiful, off-the-beaten-path spot that doesn’t cost an arm and a leg? Yes! We’ve rounded up nine under-the-radar honeymoon destinations to add to your shortlist.

1. Mauritius: The African island in the Indian Ocean is so breathtaking it was once compared to heaven by Mark Twain. Rustic and full of pristine lagoons, rainforests, and waterfalls, this paradise located southeast of the Seychelles also offers world-class beaches, resorts, and fine dining. (via Tourism-Mauritus)

2. Gili Islands, Indonesia: White sand beaches, turquoise waters, and Balinese sunsets… what’s not to love? The Gili Islands are a collection of three tiny Indonesian islands off the coast of larger island Lombok. Of the three, check out Gili Meno for a romantic escape. (via Indonesian-Tourism)

4. Alsace, France: One of France’s best-kept secrets, the Alsace region nestled along the boarder of France and Germany is chock-full of charming towns to explore, plus a few vineyards and castles along the way. (via Visit Alsace)

5. Cape Town, South Africa: While it’s true that Cape Town is running out of water, the city is open for visitors (as long as they don’t mind being water-conscious!). Full of mesmerizing scenic cliff views and sprawling vineyards, Cape Town is ripe for honeymoon romance. The city is full of outstanding culinary options, and if you’re an adventurous couple, you can frolic with the penguins, ride horses along the surf, or even cage dive with sharks. (via Cape Town Tourism)

7. Portofino, Italy: The Amalfi Coast and Cinque Terre are both hugely popular, but instead consider the village of Portofino, located further north near Genoa. There are just as many pastel-colored buildings and picturesque views, but this is a quieter spot prime for honeymoon romance. The seaside town is full of posh resorts, high-end shopping, and the beautiful Portofino National Park to explore. (via Portofino Tourism)

8. Sri Lanka: If you’ve been dreaming of paradise, look no further. The island is full of ancient ruins and exotic beaches, but you’ll also be charmed by the welcoming people and culture. You can even say hello to an elephant or two. (via Sri Lanka Tourism Promotion Bureau)

9. The Dalmatian Coast, Croatia: Situated along the coast of the Adriatic Sea, Croatia is known for its beautiful beaches. The stunning coastline calls for relaxing days in the sun and romantic evenings by the sea, but if you’re a more active couple, there’s plenty to see and do. Check out Dubrovnik, an ancient walled city with beautiful architecture, or drive to the nearby Plitvice Lakes for gorgeous hiking and plenty of jaw-dropping waterfalls. (via The Croatian National Tourist Board)

Maggie Fogg
Maggie Fogg is a style-savvy Canadian contributor to Brit & Co. After studying fashion, Maggie worked in the lifestyle industry for several years, but left her role as a Toronto-based marketing director for an indie beauty brand to pursue her passion for travel and style abroad. In the past year, she's visited 22 countries across four continents, as she writes about style and design trends from around the world. Maggie is also an avid runner with a new found love of hiking.
Honeymoon
Wedding Planning and Decor
Honeymoon Wedding Planning Wedding Roundup Weddings
More From Wedding Planning and Decor